​One match you’re getting lauded by your supporters for a superb sliding tackle or an eye-of-the-needle pass, and the next you’re being booed into oblivion.

Football fans are a fickle bunch.

We’ve seen some high-profile cases in the past of fans turning on their own players rather viciously for one reason or another, but some have stood out for all the right (wrong?) reasons, so let’s take a peek into some of those moments in a good ol’ list. ‘Awful’, ‘Sh*t’, ‘Useless’, ‘Waste of Money’ and ‘Diabolical’ are just some of the words that Mustafi has probably used to describe his own performances in an ​Arsenal shirt (and you don’t want to know what he’s said in German), so you do wonder how vociferous the viewpoints of the Gunners’ faithful must be.

But, no matter how truly abysmal most of the German’s performances in red and white have been, that can’t be reason enough to boo the man. Well, to Arsenal fans apparently so, as the 27-year-old was on the receiving end of a fair amount of jeering and abuse throughout the Gunners’ pre-season tour.

Yes, he’s crap. Yes, he’s really crap. No, that is not reason enough to boo him. Just up the Seven Sisters Road at ​Tottenham, back in May 2007, an Egyptian by the name of Hossam Ghaly was playing for the white half of north London.

Needless to say, Ghaly wasn’t particularly enthused. On his way off the pitch he ripped his shirt off and flung it at Jol’s face with the crowd immediately getting on his back with chants of ‘you’re not fit to wear the shirt’. Furthermore, anytime his name was read on the substitutes bench from that day on, he was greeted with a chorus of boos. No points awarded for correctly guessing he never played for the club again. In case you missed it, many ​Chelsea fans weren’t keen on Maurizio Sarri for much of last season. I mean, why should they be? The guy led the club to third in the league (behind two sides a million miles ahead of the rest), got to a cup final, and lifted a European trophy. Plenty of reason to be miffed.

Nevertheless, much of the brunt of the dislike was around the style of football, led by midfield anchor Jorginho. Criticised heavily last season for repeatedly passing sideways and offering little to no excitement to spectators, he was eventually booed by the Chelsea faithful after replacing Ross Barkley during a Yes, you read that right. Rio Ferdinand, much like Mustafi was booed by ​United supporters during pre-season in 2005 after the player was stalling over new deal with the Red Devils three years into his Old Trafford career.

With money on the table, after some untimely photos of Ferdinand meeting up with Chelsea 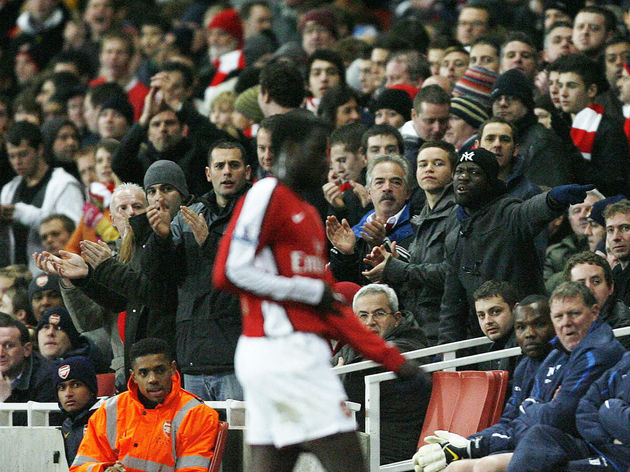 Back to the wonderful world of Arsenal supporters.

Another instance of the fanbase booing one of their own came in 2008 during a Premier League clash with Wigan. Leading 1-0, Eboue was brought on with ten minutes to go and proceeded to do nigh-on everything he could possibly do extremely badly.

It culminated in him tackling his own player only to then immediately give the ball away (again) which left Arsene Wenger with just one option left. Having already seen his every failed move lambasted by the home fans, Wenger withdrew the substitute just nine minutes after coming on to a cacophony of boos. It was heartbreaking to see, although he did claw his way back into the side and won supporters over once more. 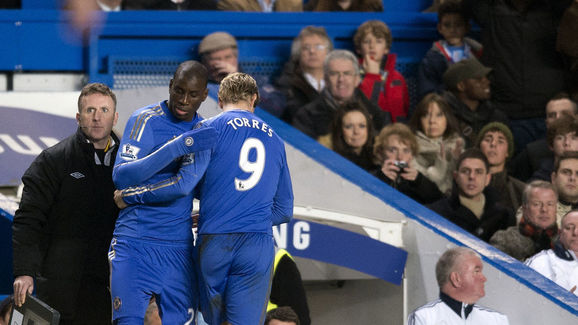 Fondly remembered for that goal against ​Barcelona, there was little else Torres achieved at Chelsea that earned him anything other than scathing reviews and sarcastic chanting from opposition supporters.

Well, I say opposition supporters, but the Stamford Bridge faithful got in on the act too in the Spaniard’s 100th game for the club against Swansea. The Blues fans made sure the striker would fondly remember that milestone, by booing him throughout and cheering wildly when he was substituted for Demba Ba with ten minutes to go. It never bodes well for your relationship with a set of fans when you actively try and engineer a move away from the club with money at the forefront.

That’s what Lescott did when he tried to force a move through to ​Manchester City in 2009. It also didn’t help at all when the ​Toffees were ripped apart 6-1 at Goodison Park with Lescott in the side. While boos were probably expected anyway, they increased ten-fold and were directly addressed to the wantaway centre half. Fortunately for him though, he got his move, swapping Liverpool for Manchester a few weeks later.