​Harry Maguire’s imminent move to Manchester United isn’t really surprising. He’s a good defender, but is he worth the £80m which is being suggested? Not even close.

That fee would make him the most expensive defender of all time – a title which should be reserved for one of the world’s finest defenders. Yet, Maguire isn’t even the finest in the Premier League.

Here are eight Premier League defenders who deserve to be the world’s most expensive defender more than Maguire. An obvious one here. Virgil van Dijk has enjoyed a lengthy spell as the world’s most expensive defender following his £75m move to ​Liverpool, and he rewarded the Reds with performances that justified his price tag.

The Dutchman is an incredible defender, capable of winning tackles and reading play before attackers even know what they are going to do. He led by example at Anfield, steering the Reds to ​Champions League glory.

He made Liverpool infinitely better than they were before his arrival, and that’s the kind of impact you want to see from the world’s most expensive defender.​ Aymeric Laporte’s £57m move to ​Manchester City made him one of the most expensive defenders in history, yet it still looks like Pep Guardiola got himself a bargain.

The 25-year-old boasts the kind of playmaking skills that make him vital to the modern game, whilst his agility, strength and defensive awareness make him almost the complete package. There is simply nothing Laporte can’t do.

His 18 months in the ​Premier League have been nothing short of outstanding, and he is comfortably one of the finest in the world. 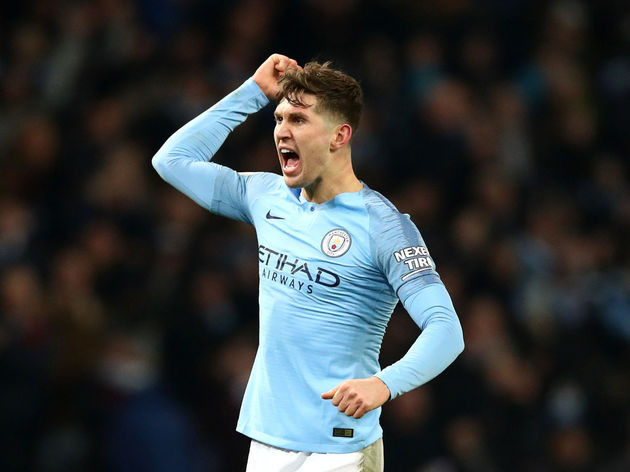 Stones has blossomed into a versatile weapon under Guardiola. He has always been comfortable with the ball at his feet, but his decision making has improved greatly. Not only does he know when to pick a pass, but he can now see where he needs to be on the pitch at all times. He can break up attacks with ease, before sending City flying down the other end of the pitch.

He has been a vital part of City’s success since his move to the Etihad Stadium back in 2016, and the good times will keep on rolling with Stones at the back. The transfer market has inflated hugely since ​Toby Alderweireld’s £11.5m move to ​Tottenham Hotspur in 2015, but his quality has remained constant.

He has long been one of the Premier League’s top performers​. His influence at the heart of Mauricio Pochettino’s defence cannot be overstated, as he allows the rest of Spurs’ attack-minded stars to flourish.

Alderweireld has attracted interest from some of Europe’s biggest sides, and it’s not hard to see why – he is simply a phenomenal defender. One of Alderweireld’s partners in the heart of Belgium and Spurs’ defence, Jan Vertonghen has proven he’s one of the best defenders in the Premier League.

At the age of 32 he’s seen and done it all, with the necessary experience to adjust his style according to the opposition. In defence he’s a proven tackler with a 76% success rate, and is known to be one of the better passers from the back line, helping to feed the ball quickly to Tottenham’s attackers.

Always reliable at the back, Vertonghen is calm and composed at both ends of the pitch, able to pitch in with the odd goal or assist when called upon. Compared to Maguire it’s a case of potential versus proven effectiveness, and Vertonghen comes out on top. When ​Antonio Rudiger is on top form, there are few around who can compete with him.

The German brings raw athleticism to ​Chelsea’s defence, whilst his ability with the ball at his feet also makes him a valuable part of the team going forward.​ He can kick-start attacks with ease, and the fact that he can recover possession just as easily always helps.

He’s far from perfect, but that can be said about Maguire too. If you compare the two, Rudiger surely has to come out on top. If ​David Luiz can shake the inconsistency which has plagued his career, he could comfortably be one of the world’s top defenders. However, even with those moments of madness, he still deserves his place as one of the best in England.

His playmaking abilities are about as good as you can get from a defender. His through-balls from deep are almost unstoppable, as opposing defenders simply do not know how to deal with the threat.

Defensively, he has improved greatly. He can win challenges both in the air and on the ground, but his value is certainly at the other end of the pitch.​ ​West Ham United star Issa Diop is an utter machine. Blessed with the kind of physicality and athleticism which most can only dream of, the 22-year-old knows exactly how to use that to his advantage.

He can win almost any challenge in the air, which many would say is one of Maguire’s finer attributes as well, but his game on the ground is just as impressive. Tackling comes easily to Diop, and so is motivating those around him.

If and when he does leave the Hammers, expect Diop to be up there with some of the world’s most expensive. He’s really that good.​