​Barcelona will look for a fee of at least €100m for Philippe Coutinho this summer, with Neymar keen to link up with his fellow Brazilian at Paris Saint-Germain.

The 26-year-old has endured a challenging season with Barcelona and has been heavily linked with a move away from Camp Nou, with Chelsea said to be keen on a deal if Eden Hazard leaves for Real Madrid. Now, according to Catalan daily ​Sport, ​Barcelona are ready to cut their losses and find a buyer for Coutinho, who is also eager to rejuvenate himself at a new club. The Blaugrana will look for at least €100m for the winger, so as to avoid making a huge loss on their investment, which the report claims could still rise to €160m with ‘variables’.

They add that this asking price could limit the amount of sides who would be interested in Coutinho, whilst his wage demands could also prove to be a problem. He earns nearly €14m per year at Camp Nou, and is not thought to be prepared to accept a lower wage, given he still has four years left to run on his current deal.

However, ​Chelsea are thought to be ​ready to authorise a move for the Brazilian if ​Hazard’s move to ​Real goes through, although they may be unable to move for Coutinho as a result of their two-window transfer ban.

Paris Saint-Germain are another side who could afford the deal, and L’Equipe (via ​Sport) claim that ​Neymar is keen for the club to make an offer for Coutinho this summer.

The two players have been close friends for many years, and Neymar is now trying to convince PSG officials to join the race for the Barcelona winger, given the fact that he could be available this summer. 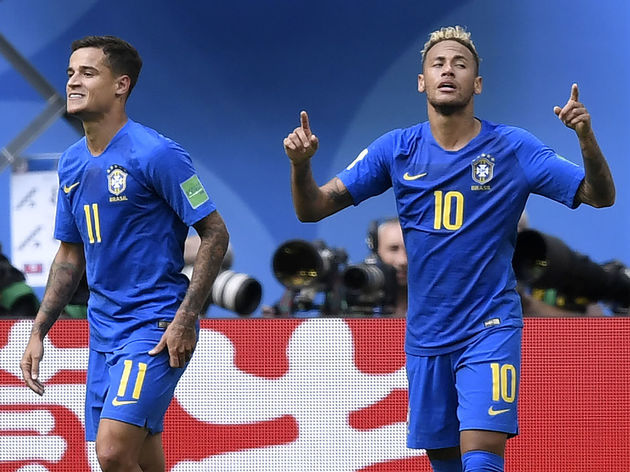 However, the relationship between PSG and Barcelona could prove to be a huge problem, after the Ligue 1 side incurred the wrath of the Blaugrana in 2017 for their pursuit of Neymar. The two clubs are not on the best terms, and Barcelona may refuse to do business with PSG, regardless of the fee involved.