Jose Mourinho’s battle with Real Madrid captain Iker Casillas took another twist on Sunday night, when the Portuguese boss was forced to call upon the Spanish goalkeeper to replace Antonio Adan after his red card in the 4-3 win over Real Sociedad.

In the build-up to kick-off, the Santiago Bernabeu crowd cheered the shot-stopper’s name as it was read out on the tannoy, which was in stark contrast to the greeting that welcomed the manager, who was roundly booed by his own fans.

After being pegged back twice, a Cristiano Ronaldo double ensured victory for the Liga champions, yet for Mourinho, he was forced to concede a notable defeat as Casillas returned to the fold.. 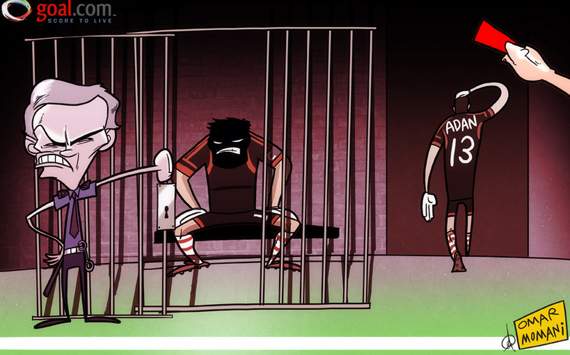