​It’s fair to say that Frank Lampard hasn’t had the best start at the Chelsea helm.

After claiming just one point from the Blues’ first two games, he will now be desperate to get their first win on the board. 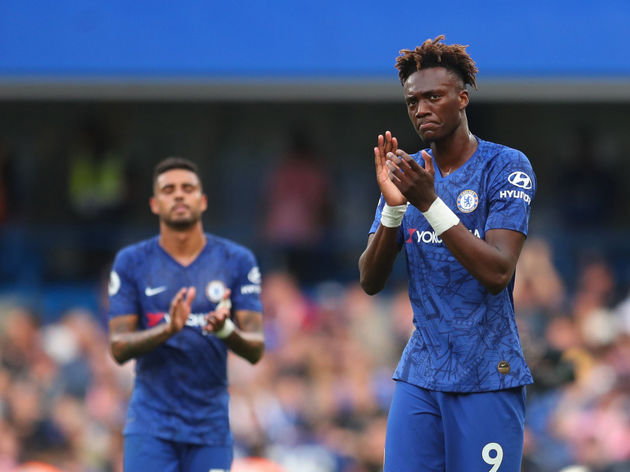 However, they take on Norwich this weekend knowing that this will be their best chance of getting three points – this despite the Canaries flying high.

It’s early days in the Premier League, but there is little room left for Chelsea when it comes to the top four race. So here’s how they should line up this weekend. 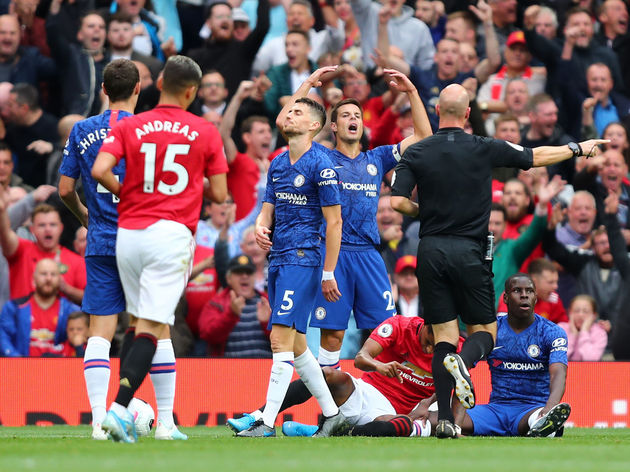 ​Kepa Arrizabalaga – Kepa has had a good start to the season, with consistent displays accompanying sound distribution out from the back. He will be a wonderful goalkeeper for years to come in a ​Chelsea shirt and will definitely start on Saturday.

Cesar Azpilicueta (RB) – Truthfully, ‘Dave’ has had a poor start to the season. Caught out constantly against Manchester United, he was then again sloppy at the back against Leicester. It’s strange to see considering he has been one of the best defenders in the Premier League for years, but perhaps he has become used to playing in the heart of defence. Regardless, ​Azpilicueta is the Chelsea captain and Lampard should have faith in him to come good.

Kurt Zouma (CB) – There were question marks over whether Zouma was good enough after an erratic display against United in the opening game week. However, he has shown his class against Liverpool and Leicester, showcasing the potential he has to be a stalwart for years to come. A certainty to start.

Andreas Christensen (CB) – The second of a young centre back partnership, Christensen is highly rated by Lampard and has quietly gone about his business well this season. Will continue in defence alongside Zouma.

Emerson (LB) – Emerson has arguably been Chelsea’s best player so far this season. He has started superbly well, posing a threat offensively and being extremely strong defensively. Now first choice left-back ahead of Marcos Alonso. N’Golo Kante (CM) – ​Kante has been arguably the best central midfielder in the world over the last few years, and since returning, they have been slightly more solid on the counter attack. After a superb performance against Liverpool, the Frenchman showed rustiness against Leicester. However, Chelsea’s best player will definitely start.

Jorginho (CM) – The classy Italian came under fire a lot in his first season. But this season he has shown how good he can be in a midfield pivot with defensive cover next to him. Constantly looking to pass the ball forward, he is crucial in making Chelsea tick. Against the Foxes however, he often found himself out of position leaving Kante isolated, so against Norwich he will need to find the right balance.

Willian (RM) – The Brazilian returned from injury against Leicester, and then put in one of the most abject substitute performances seen in the league in recent years. However, the Brazilian has undoubted quality – despite being hugely inconsistent. In the absence of Eden Hazard, Lampard will want Willian to step up and be Chelsea’s main man.

Mason Mount (AM) – Mount is a huge favourite of Lampard’s, and has paid back some of his faith with a very good start to the season. With his direct running and eye for goal – emphasised by his goal last weekend – Mount will be integral to Chelsea’s chances once again in the number 10 role.

Christian Pulisic (LM) – Pulisic has failed to make his mark yet, but showed glimpses of what he could be against Liverpool. Seen as the heir to Eden Hazard’s throne on the left flank, he will want to get his first goal against a shaky Norwich defence. ​Tammy Abraham (ST) – Chelsea have a serious striker problem, and have had one for a while now. Abraham got his shot in the first Premier League game, but failed to impress, resulting in him being dropped against Leicester.

However, the young English striker should start this weekend due to the lacklustre performance from Olivier Giroud in that game. He will be hoping to prove himself as Chelsea’s first choice number nine.