Maurizio Sarri’s tactical masterclass was undermined by the shameful actions of Chelsea’s record signing Kepa Arrizabalaga, who refused to leave the pitch in the closing minutes of extra time in order to be substituted.

Willy Caballero was left waiting on the touchline by an act of rebellion from the £71 million goalkeeper, who didn’t allow the penalty specialist on the field despite suffering from an injury to his hamstring.

With the scores level at 0-0, Sarri was left furious and had to be held back by Antonio Rudiger after the match, such was his anger.

Ironically, Kepa also turned out to be a villain in the shootout itself. Despite making one save from Leroy Sane, he let a weak Sergio Aguero shot slip underneath him.

Raheem Sterling would then win the penalty shootout for City after Jorginho and David Luiz missed before him.

The mild-mannered Basque goalkeeper is known by his previous coaches for his professionalism, but there are likely to be huge ramifications for him after this act of mutiny against his manager.

Chelsea had put in a brilliant performance at Wembley to stem a recent run of bad form, with a 6-0 defeat to Manchester City still fresh in the minds of the players.

Pride was set to be restored after that worst defeat in 28 years, but the incident at the end of extra time ensured a negative feeling lingers on around the club ahead of Wednesday’s Premier League game against Tottenham Hotspur. 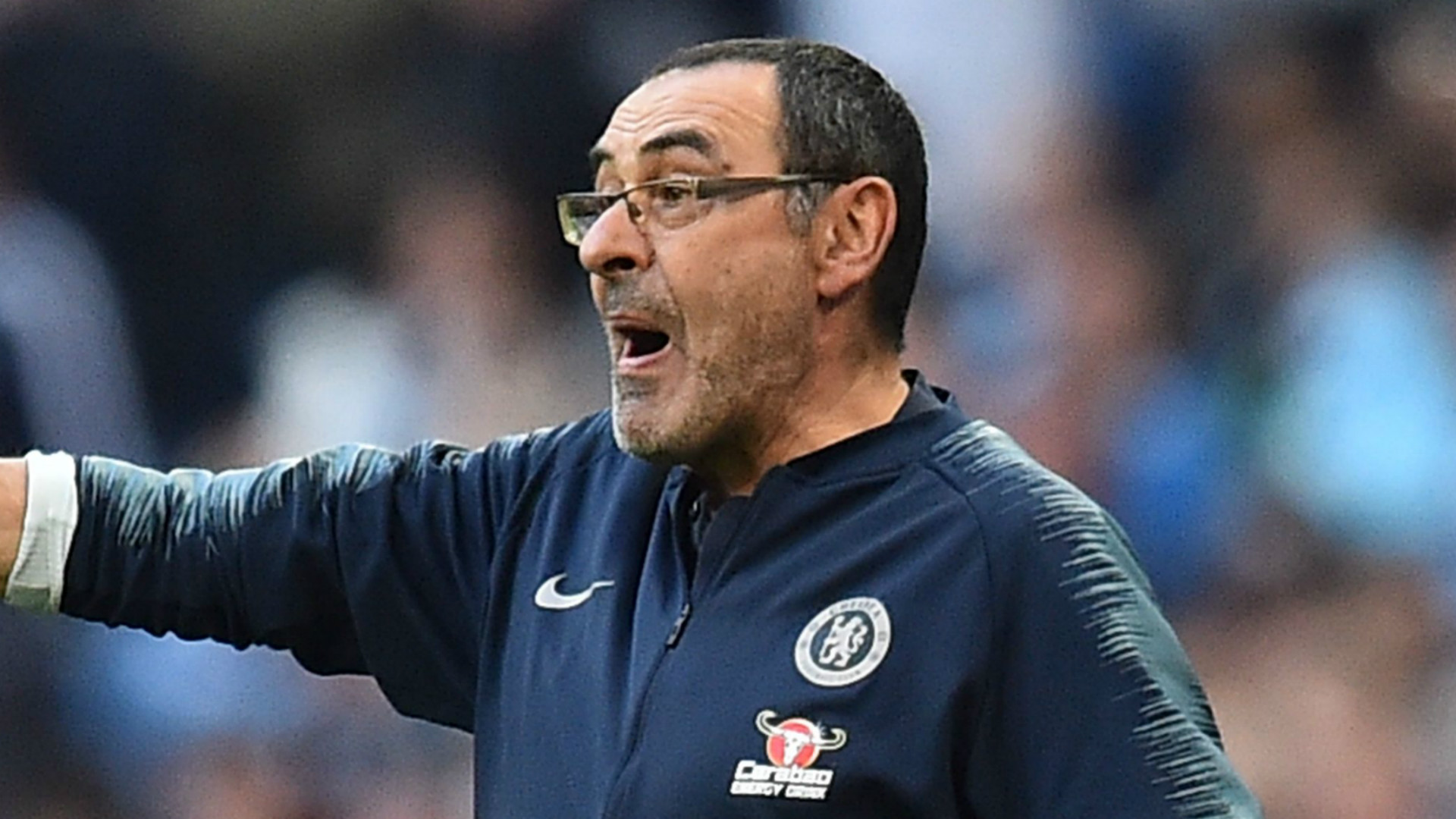 The under-fire Sarri will now surely demand that Arrizabalaga is severely disciplined after this public row as pundits line up to criticise the goalkeeper.

“Kepa should never play for Chelsea again. That should be his last performance in a Chelsea shirt. He’s a disgrace. I’ve never seen anything like it,” former Chelsea striker Chris Sutton roared on BBC Sport.

“If I was Sarri I would walk. You cannot be undermined. Why weren’t the players dragging Kepa off anyway? Kepa should be sacked, not Sarri.”

That seems unlikely, though, due to the cost invested in the player and because of Chelsea’s recent transfer ban. However, this incident – which wouldn’t be out of place in a soap opera – only goes to embarrass the club even further.

Chelsea’s performance deserves to be celebrated, as spectacular displays from Eden Hazard and N’Golo Kante lit up the Wembley showpiece. Unfortunately, all the talk will now be about yet another shambolic moment at the Stamford Bridge club.