Here’s a roundup of which Chelsea players were at the heart of the action and more importantly, how they performed ahead of the huge Premier League encounter with Manchester City on Saturday. Mount had the busiest time out of the bunch – starting in England’s 7-0 thrashing against Montenegro while coming on as a substitute in their latest 4-0 victory over Kosovo. Although the youngster was unlucky to not find the net during the first match, he managed to score his first England goal in Pristina, finding space from Harry Kane’s assist in the final minutes of the game.

Chelsea’s main striker also got on the scoresheet – with Abraham scoring the final goal in England’s 7-0 spectacle against Montenegro, replacing Kane in the 57th minute.

It was a memorable time for both lads as well as Fikayo Tomori, who made his international debut in the final six minutes against the Kosovans.

Gareth Southgate made the decision to start Callum Hudson-Odoi in the same fixture, however the 18-year-old failed to make much of an impact, making some poor touches and losing the ball too often. The 25-year-old sat out Spain’s first fixture against Malta as Pau López took to the field, but the Blues’ no.1 was then selected against Romania, ahead of Manchester United’s David De Gea, making a crucial save to deny George Pușcaș as Spain went on to win 5-0. 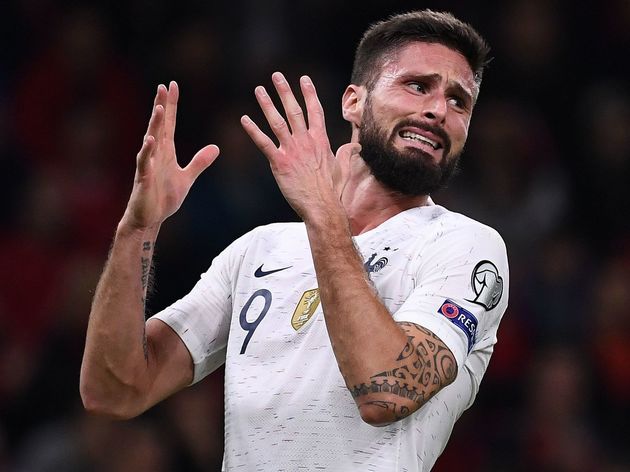 ​N’Golo Kanté was also called up on international duty – much to the dismay of Chelsea coach Frank Lampard – following his recent struggles for fitness as he continues to recover from a recent injury. However, the 28-year-old only featured against Moldova where he displayed high levels of creativity. Meanwhile, Emerson starred in Italy’s first qualifying match against Bosnia as his side went on to win 3-0 away from home. The Chelsea left-back put in a superb performance, as he provided excellent width on the left wing while showing his capabilities both defensively and going forward. The second-choice Chelsea forward had a pretty quiet international break, featuring in just one of Belgium’s games as he came on as a substitute for Romelu Lukaku in their 4-1 win against Russia.

With the likes of up Christian Benteke and Lukaku up front, the 26-year-old is currently having a hard time making it into Roberto Martínez’s squad. And although the Belgian is often regarded as the super sub at the Bridge, he failed to find the back of the net during their trip to Russia. His dangerous cross in the first half almost led to a goal by Lucas Paquetá. However, the only goal witnessed in Brazil that night was of course by Lionel Messi, as he made his return from international suspension. Croatia topped Group E as they secure their place in Euro 2020, alongside Wales. The 23-year-old played a big part in denying the Republic of Ireland’s direct qualification to Euro 2020. The centre-back was brought on during their final minutes of their 1-1 draw against the Irish, which resulted in Denmark finishing second in their group behind Switzerland.

As the Irish team pushed hard for a late winner, Christensen made a crucial block to deny any last-minute upset for his Danish side. Chelsea’s newest youth prospect, Reece James, took part in England Under-21’s European Championships qualification against Albania on Friday. The 19-year-old was playing alongside fellow Chelsea academy players, Conor Gallagher and Marc Guehi, but it was the right-back who completely stole the show.

During England’s 3-0 victory, James put in some fine tackles as well as crossing some excellent balls into the box. With James on great form, and currently securing his place within Chelsea’s starting XI, it’ll be interesting to see if Lampard picks him for their upcoming clash against City at the weekend.