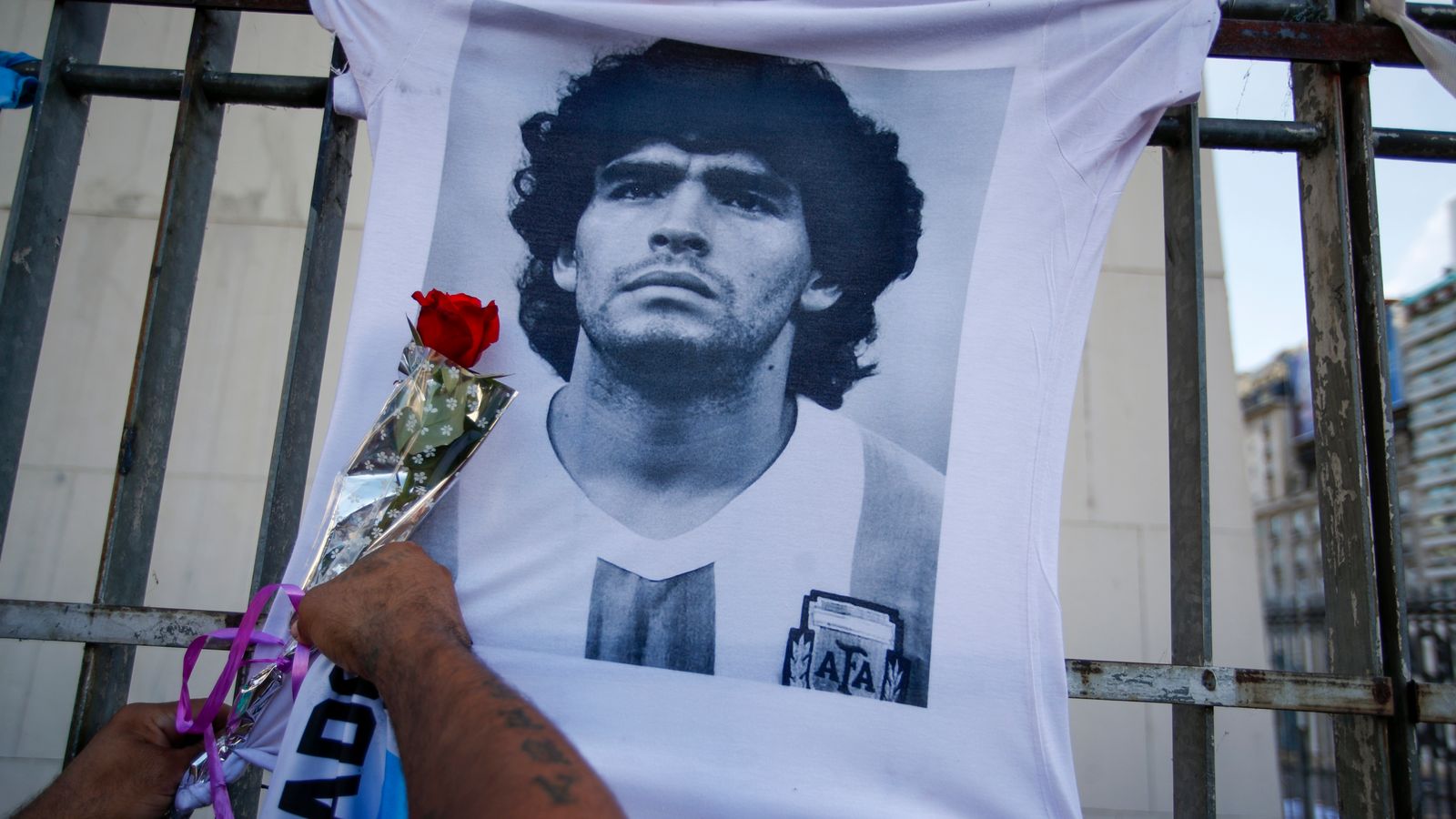 Diego Maradona’s medical team acted in an “inappropriate, deficient and reckless way”, an investigation into his death has found.

The Argentinian football star died in November last year, sending shockwaves through the football-loving country and around the world.

Shortly after his death, prosecutors in Argentina launched an investigation, including searches of the World Cup winner’s property and probes into his personal care.

In March, a medical board set up by Argentina’s justice department convened to look at claims that the 60-year-old was not being looked after properly.

In a report dated April 30 and shared with the Reuters news agency, investigators said: “The action of the health team in charge of treating DAM (Diego Armando Maradona) was inadequate, deficient and reckless.”

It added that Maradona had become seriously ill and had been dying for around 12 hours before he passed away on 25 November.

“He presented unequivocal signs of a prolonged agonizing period, so we conclude that the patient was not properly monitored from 00:30 on 25/11/2020,” the report said.

Prosecutors on the case could not be reached on Friday.

Maradona, who captained the 1986 World Cup-winning team, was widely regarded as one of the greatest footballers of all time.

After his death, there were three days of national mourning, with Argentina’s president Alberto Fernandez saying that Maradona “made us immensely happy”.

The star, who underwent surgery for a subdural haematoma in the weeks leading up to his death, died of a heart attack, his lawyer said.

It happened at his home on the outskirts of Buenos Aires, according to Argentinian media.

A subdural haematoma is a serious condition where a blood clot develops between the skull and the surface of the brain. It is usually caused by a head injury.