Maurizio Sarri has dismissed Jurgen Klopp’s claim that Juventus are the favourites to win this season’s Champions League.

Klopp said that the Italian champions were best equipped to win the European Cup this time around, despite the fact that he doesn’t watch much of them. ​“​Juventus were my favourites before the season started but obviously I don’t watch Italian football enough because I cannot work out why they are not 10 points ahead at the top of Serie A,” Klopp said, quoted by The Guardian. “They have the biggest squad I have ever seen in my life; quality players too, it’s crazy.”

However, Sarri has laughed off the suggestion that his side should be running away with the Serie A title and that they are most likely to win the ​Champions League, insisting that Klopp’s trying to shake off the pressure that’s on him to retain it.

“Jurgen also said that he doesn’t watch much Italian football, so that explains his confusion! Jurgen is one of the smartest and funniest people I’ve ever known and what he’s doing here is shaking off the burden of being the favourites,” Sarri said, as quoted by Football Italia. 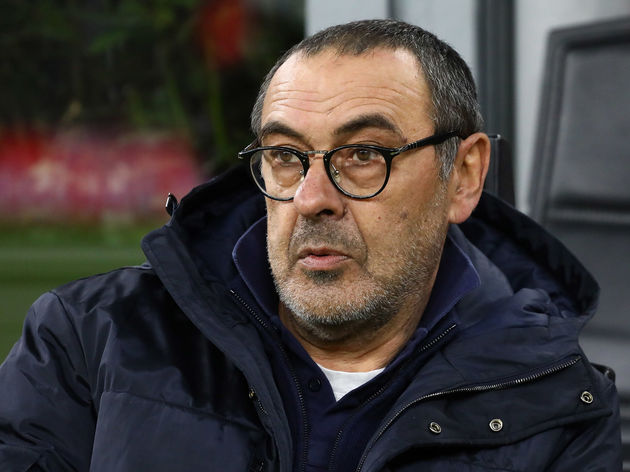 Juventus face Lyon in the round of 16 as Sarri looks to reach the quarter-finals of the competition for the first time.

The Bianconeri haven’t been past the quarter-final stage themselves since they reached the final in 2017, falling to ​Real Madrid at the last eight stage in 2018 and Ajax in 2019.

Their signing of ​Cristiano Ronaldo was with winning the Champions League in mind, and their window of opportunity is closing on making the most of the Portuguese star.

​Liverpool, meanwhile, will face ​Atletico Madrid in the last 16 as they look to continue their quest for a seventh European Cup, which would tie them with ​Milan for the second-most Champions League titles.