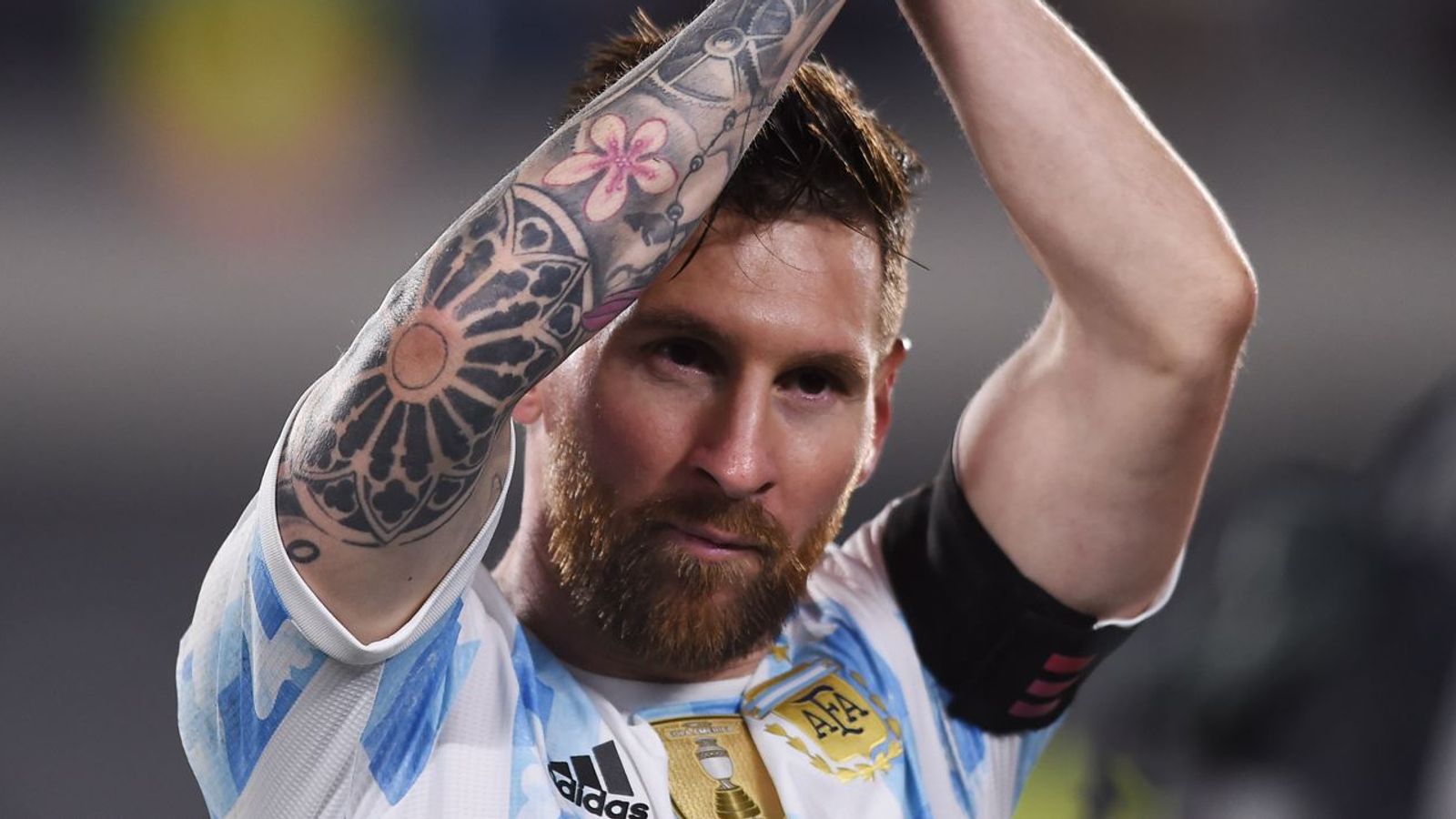 Lionel Messi was among the scorers as Argentina beat rivals Uruguay 3-0 on Sunday, hours after Brazil’s run of consecutive wins in South American World Cup qualifying ended in a goalless draw with Colombia.

Brazil lead the qualifying competition with 28 points from nine wins and the draw, six points clear of second-place Argentina after 10 matches.

Brazil’s tally so far would have been enough to qualify for all World Cups since 2002.

Ecuador remain in third spot with 16 points, just ahead of Uruguay based on the number of victories. Colombia are in fifth place with 15 points. All three sides have already played 11 matches.

The top four teams earn direct entry to the World Cup in Qatar next year. The fifth-place team can still qualify via an inter-continental playoff.

All teams in South American World Cup qualifiers will play again on Thursday.

Argentina were preparing for a long, tense night at the Monumental Stadium in Buenos Aires. Uruguay coach Oscar Tabrez picked a back five tasked with stopping Argentina’s powerful attack and his team created most of the best early opportunities, with Luis Surez hitting the post.

But a stroke of luck helped Argentina in the 38th minute when Messi tried to find Nico Gonzalez, who failed to collect his pass, only for the ball to gently pass by goalkeeper Fernando Muslera into the net as the PSG forward became the first South American to score 80 international goals.

Rodrigo de Paul then doubled Argentina’s lead just before half-time, before the hosts scored again. Messi found de Paul on the right flank, and the midfielder sent a low cross into the penalty box, with Lautaro Martinez scoring from close range.

“I think we are growing a lot in the level of our game”, Messi said. “We are now used to having the ball. Tonight was a tough match and we had to win it. It all came out perfectly.”

Argentina’s next game is against Peru, while Uruguay travel to Brazil.

Brazil had the best opportunities of the encounter and forced Colombia goalkeeper David Ospina to make three key saves, the most important coming in the 84th minute from a close-range finish by substitute Antony.

Neymar returned to the Seleo line-up after a suspension, but was off the pace, missing several passes and running with apparent difficulty. The PSG forward left the pitch immediately after the final whistle.

“He is a special player, we know it. And he was also well marked, sometimes by two players.”