With both teams to score having paid out in each of Madrid’s last 12 Champions League games, our man in the Spanish capital Phil Kitromilides is backing a repeat tonight

The papers here in Spain have been talking up what they are calling the “Turkish invasion” for a few weeks now, and with up to 15,000 Galatasaray supporters expected in Madrid for Wednesday’s Champions League semi-final, there will be quite some atmosphere in the city today.

Nevertheless, despite the huge numbers in which their fans have travelled, the Istanbul club remain the rank outsiders against the nine-time winners, with Bet365 offering an away victory at 14/1 (15.00). Madrid meanwhile will view anything other than a convincing triumph as a disappointing result and they can be backed at 1/5 (1.20) with the draw offered at 7/1 (8.00). 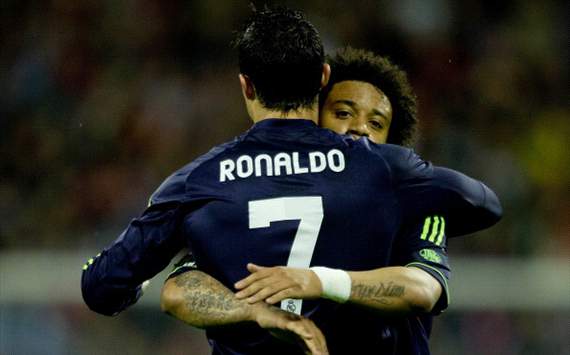 With two exciting and dynamic sides on show at the Santiago Bernabeu this evening, we could and indeed should be in for an entertaining encounter and the recent form of both sides, not to mention their style of play, makes backing both teams to score at 5/6 (1.83) extremely tempting.

This bet has paid out in each of Madrid’s last seven matches, with Jose Mourinho’s men keeping just one clean sheet in their last 12 games. Furthermore this bet has proved the correct selection in each of los Blancos‘ last 12 matches in the Champions League.

Galatasaray, for their part, have scored in their previous six games in the competition, yet have kept just a solitary clean sheet during the 10 matches they have contested in this season’s tournament. Given the statistics, plus the number of attack minded players on the pitch, backing both team to score looks to be a wise investment for this evening.

For a value bet try backing a goal before 10 minutes at 9/4 (3.25) ,something which has happened in three of Madrid’s last five matches. Jose Mourinho will want his side to make a fast start and punters can profit from either side being quick out of the blocks.