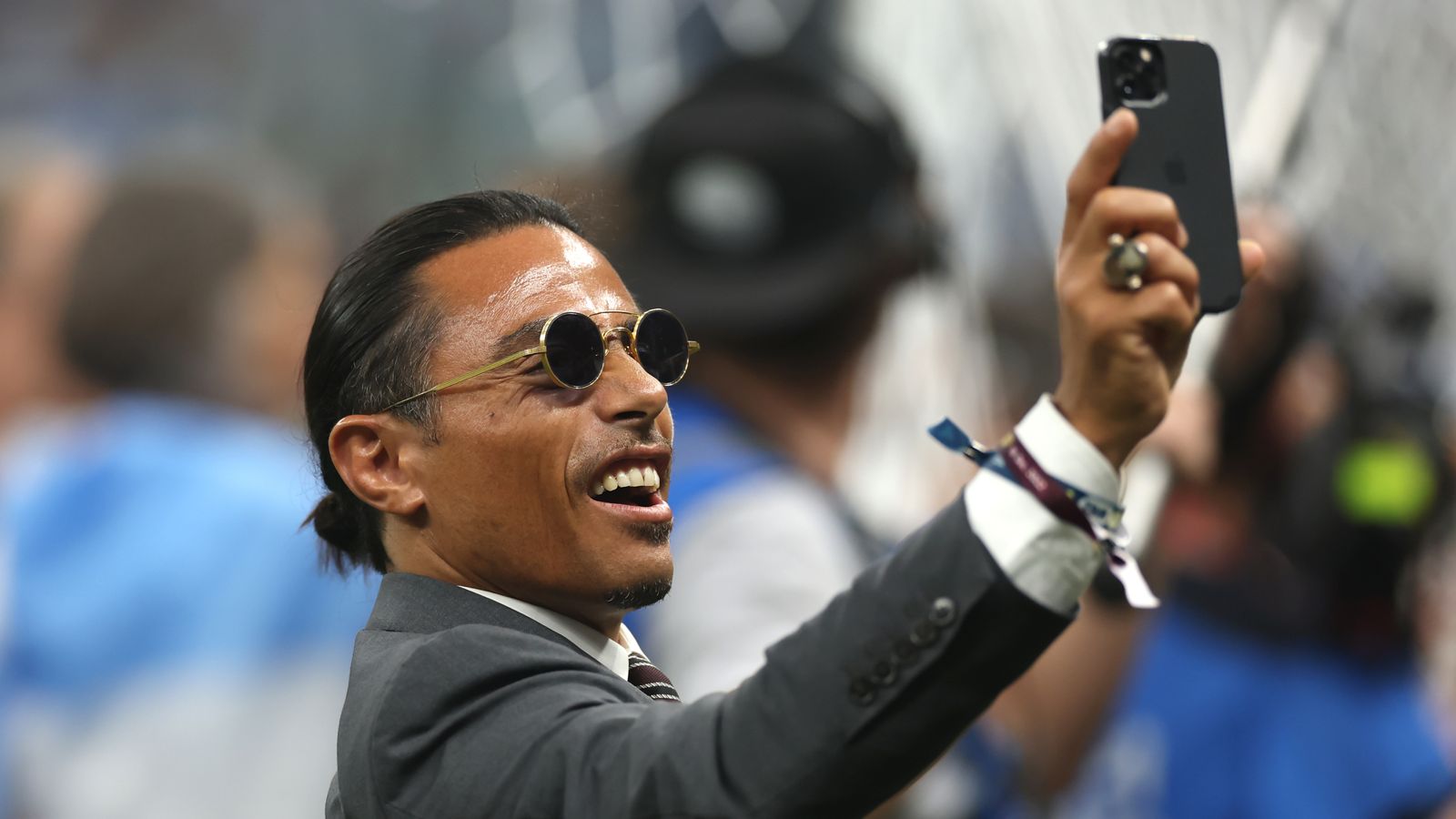 FIFA is investigating the circumstances which led to ‘Salt Bae’ gatecrashing Argentina’s World Cup celebrations in Qatar on Sunday.

The celebrity restaurant owner, whose real name is Nusret Gokce, was seen on the pitch after the final trying to take selfies with Argentina players, including Lionel Messi, and holding the World Cup.

FIFA has told Sky Sports News his access to the pitch was unauthorised and its rules state that only the World Cup winners and heads of state are allowed to touch the trophy during the closing ceremony.

A spokesperson for FIFA said: “Following a review, FIFA has been establishing how individuals gained undue access to the pitch after the closing ceremony at Lusail stadium on 18 December. The appropriate internal action will be taken.”

It is understood that Salt Bae has no involvement with FIFA president Gianni Infantino, who has previously been pictured visiting one of his restaurants. It is also believed there is no commercial relationship between FIFA and Salt Bae.

Salt Bae was one of Infantino’s 303 Instagram followers at 6pm on Thursday, but as of 7.15pm on Thursday has been unfollowed.

The Turkish celebrity chef has become known by the pseudonym Salt Bae since rising to fame on social media for his unique style of seasoning steaks.

Now a host to the stars at his restaurants, Salt Bae’s presence among the celebrating Argentina players caused a storm on social media with the new world champions appearing to be apathetic to his involvement.

Messi was pictured appearing to try to get away after the celebrity chef grabbed his arm, while Lisandro Martinez looked less than delighted to be pictured alongside him holding the World Cup trophy.

A compilation video on Twitter of nonplussed players alongside Gokce has racked up more than 14 million views since it was posted on Monday afternoon.