Fans of Diego Maradona marched for “justice” on Wednesday amid investigations into how the football icon died and whether there was any negligence in his care.

Maradona’s fans, including his daughters and ex-wife, took to the streets and protested at the emblematic Obelisco monument in central Buenos Aires.

Protesters sang songs and waved flags in support of Maradona, calling for ‘social and legal justice’ in the case.

Maradona is regarded as one of the greatest footballers of all time following a glittering career with Argentina, where he captained the 1986 World Cup-winning side, as well as spells with the likes of Boca Juniors, Barcelona and Napoli.

He had attained an almost god-like status in his home country despite much publicised long battles with drug and alcohol addiction.

Maradona was recovering from brain surgery when he died of a heart attack on November 25, 2020.

Tributes poured out from across the world and across football in the aftermath of his passing.

A medical board, at the request of the justice department, met on Monday to analyse the circumstances of his death.

Investigators are also looking at whether members of Maradona’s medical team did not adequately treat him.

For four years, Gonzalo Higuain and Karim Benzema shared the responsibility of being Real Madrid’s striker between 2009 and 2013. That said, during their crossover period at the Santiago Bernabeu, the offensive limelight at Los Blancos shone brightly on Cristiano Ronaldo, who joined for an at-the-time world-record fee of £80 million. Although Madrid would part ways with Higuain in 2013, they opted to keep the Frenchman. Results have somewhat validated the decision, but, on a personal level, did they keep the right striker? Well, let’s look into the Higuain versus Benzema debate.

In terms of their respective playing styles, both forwards adopted different approaches during the late-2000s and early-2010s. Having broken through at River Plate, the Argentine made a name for himself as a graceful attacker. Benzema, on the other hand, was far more physical in his approach. Regarding their respective La Liga goalscoring records, the numbers make for fascinating reading.

According to Transfermarkt, across his 190 appearances in the Spanish topflight, Higuain scored 107 goals. By comparison, and at the time of writing, Benzema has found the back of the net on 181 occasions in 370 matches. Concerning how that translates to minutes per goals, the Argentine’s record sat at a goal every 112 minutes, while the Frenchman’s is currently every 146 minutes.

That said, what Benzema lacks from a goalscoring standpoint compared to Higuain, he more than makes up for in terms of chance creation. To date, Benzema has 100 La Liga assists to his name, while the now Inter Miami striker managed 45 during his six years at the Santiago Bernabeu. In defence of Higuain, Benzema spent the five years after 2013 assisting Ronaldo, a five-time Balon d’Or winner.

A Debate That Will Live On

Based on the above statistics, few can argue that Higuain wasn’t the more prolific goalscorer. During his best season in the Spanish capital, the Argentine hit 29 goals in 41 appearances in 2009-10. The Frenchman’s peak return, meanwhile, saw him net 31 goals in 54 matches across the 2011-12 campaign.

Furthermore, in regards to durability, Higuain has the edge. According to Planet Football’s report from 2018, in the three seasons before the article, Benzema played less than 60 per cent of all minutes for Los Blancos. During that same period for both Napoli and Juventus, the former River Plate attacker averaged closer to 80 per cent of all available minutes.

Unfortunately for Higuain, it was perhaps a case of right place but at the wrong time during the latter years of his Madrid career. The arrival of Ronaldo saw the Portuguese attacker take over the bulk of Los Blancos’ goalscoring responsibility. As such, Benzema’s creative flair became integral to getting the best out of the former record signing. That said, now Ronaldo has joined Juventus, the Frenchman is embracing his new-found responsibility, and, as of March 2nd, is 16/1 in football betting to be La Liga’s top scorer in 2020-21.

When at Madrid, Higuain frequently showcased his goalscoring talents. Unfortunately, that somewhat proved to be his downfall. Unlike Benzema, the Argentine was and still is, a more natural scorer of goals, but that occasionally hindered his chance-creating figures. Had it not been for Ronaldo, then Higuain could have been Madrid’s leading striker for far longer than he was. 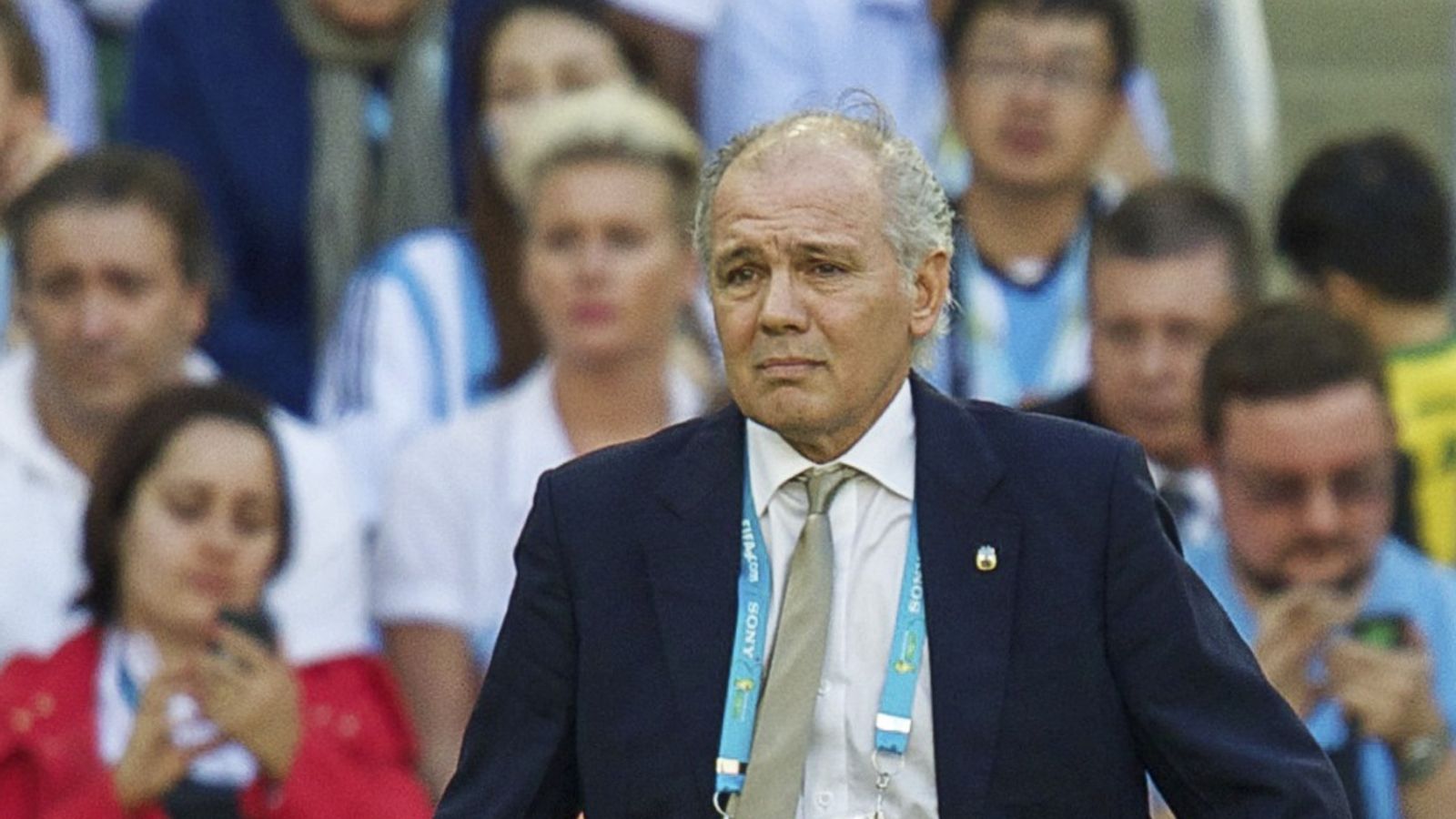 Napoli have officially renamed their San Paolo home stadium in memory of Diego Maradona after the club legend died aged 60.

Maradona, regarded as one of the greatest footballers of all time, forged a strong bond with the Italian club and its supporters during his seven-year spell between 1984 and 1991.

The forward, who led Argentina to World Cup glory in 1986, joined Napoli from Barcelona and won their only two Serie A titles – in 1987 and 1990 – along with the Coppa Italia and UEFA Cup.

The Naples city council confirmed on Friday – nine days on from Maradona’s death – that the stadium has been renamed in his honour as the Diego Armando Maradona Stadium.

“SSC Napoli is delighted about today’s decision by the Naples City Council to rename the Stadio San Paolo in memory of Diego Armando Maradona,” the club said in a statement released on Friday evening.

Naples city mayor Luigi De Magistris and Napoli president Aurelio de Laurentiis had confirmed last week that the San Paolo would be renamed, but were originally unsure whether the initial name would need to be kept as part of the title, which it ultimately was not.

“I’ve been in talks with local authorities for the past 17 years, I have always asked to buy the stadium and rename it ‘Diego Armando Maradona’,” De Laurentiis told Sky in Italy. “If then, for tradition, we will need to call it both ‘San Paolo’ and ‘Maradona’ so be it.

“It won’t change much, but it’s only right that Maradona has this recognition. Even if we were to build a whole new stadium, I would name it like that.”

“I believe it is right to name the San Paolo after you, so we can keep you with us as a witness of the excellent path this team has taken,” De Laurentiis reiterated in an emotional letter addressed to the late club icon.

“Your years here remain indelible in the memories of the people of Naples – symbolic of a coveted redemption and yearned-for resurrection.”

Pele paid tribute to his fellow all-time great Maradona, saying: “One day, I hope we can play football together in the sky”.

Argentina’s all-time top goalscorer Lionel Messi wrote on Instagram: “A very sad day for all Argentines and football. He leaves us but does not leave, because Diego is eternal. I take all the good moments lived with him and send condolences to all his family and friends. RIP.”

Cristiano Ronaldo tweeted in Portuguese alongside a picture of him and Maradona: “Today I say goodbye to a friend and the world says goodbye to an eternal genius.”

Gary Lineker, who was in the England side beaten by Maradona’s Argentina in the 1986 World Cup quarter-final, led the tributes on Twitter, writing: “By some distance the best player of my generation and arguably the greatest of all time.

“After a blessed but troubled life, hopefully he’ll finally find some comfort in the hands of God. #RipDiego.”

Manchester United and England forward Marcus Rashford also posted a message on Twitter, while Jamie Carragher wrote: “I’ll never forget watching Diego Maradona as an 8 yr old at the World Cup in Mexico. Never seen anything like it on that stage since. Sad news.”

“One of the best ever. An unparalleled magician. He leaves too soon, but leaves a legacy without limits and a void that will never be filled. Rest in peace, ace. You will never be forgotten.”

Diego Maradona’s time at Napoli is the stuff of legend but Asif Kapadia’s documentary got to the heart of the tale.

From his days at Boca Juniors, to Napoli and various World Cups, relive some amazing imagery from a quite extraordinary career.