If there’s one thing you need to play for a Gennaro Gattuso team, it’s an undying commitment to the cause.

It seems that midfielder Allan has lost that motivation to run through brick walls (or just around training pitches) for Napoli this season, and he has subsequently been dropped from the squad to face Cagliari due to poor training levels.

The 29-year-old’s relationship with nearly everyone in Naples is at its lowest ebb, and with the situation at breaking point, a change may be best for all parties. But who would come in for a player like Allan? Well, the combative midfield destroyer deserves to be dining at the top-end of the European football table, and a handful of the biggest sporting directors in the sport will have spat out their tea when they saw the news of his Napoli absence.

Allan has grown into one of the most dynamic, aggressive and influential stars in Serie A in recent years, and given he is still at the peak of his powers, there will be plenty of teams battling it out for the Brazilian’s signature.

But who are the leading candidates? 90min investigates.

​Where does any Serie A star go when he’s had enough of not winning any trophies? That’s right – ​Juventus!

Plenty of players fancy their chances of tipping the scales of Italian football out of I Bianconeri’s favour but, sooner or later, they all succumb to the dark side. Allan’s form over the past few years has deserved a title or two, but his main downfall is that he hasn’t been playing in the black of white of the Old Lady. Over in Turin, It hasn’t quite clicked for Maurizio Sarri yet, and it’s no secret that he’s a huge admirer of the box-to-box midfielder.

The Brazilian star had the best season of his career under the current Juve boss, and another collaboration would surely be an instant success. A no-brainer, then?

​Neymar. Kylian Mbappé. Angel Di Maria. It’s no secret that Paris Saint-Germain possess some of the most dangerous attacking players in the world. But they certainly could do with a bit more bite in midfield. The summer signings of Idrissa Gueye and Ander Herrera has added some much-needed balance, but they still miss a real link between defence and attack, with guile and strength.

The Brazilian’s experience and ability to shield a defence could be the difference between Champions League success and failure for the Parisian giants.

Not a marquee name, but just as much of a match-winner.

There’s a reason why Napoli always put up such a great fight against the Premier League champions-elect. I Partenopei – especially during the Sarri regime – played a very similar style to ​Liverpool, dominating the midfield with hard-working grafters, which in turn allowed the front three to win games on their own. Allan is ready-made for Klopp-ball. 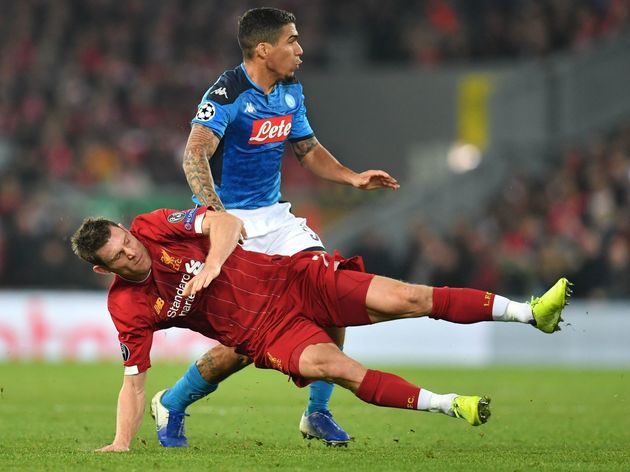 One of the hardest tasks in modern-day football is improving this current Reds side, but the inclusion of Allan may do just that. With question marks arising over the future of Georginio Wijnaldum and Adam Lallana on the way out, the 29-year-old (despite his advancing years) may be the perfect replacement.

A scary thought for the rest of England.

It’s hard to know just how seriously to take ​Manchester United’s transfer ambitions nowadays, but if the (eventual) signing of Bruno Fernandes is anything to go by, then they may building a team capable of competing near the top of the Premier League again. The centre of midfield has been a constant problem for Ole Gunnar Solskjaer, and the Red Devils lack any star quality offensively or defensively. Fernandes’ arrival will give the Premier League giants a real boost in the final third, but they still need a serious ball-winner to kickstart their attacks.

Allan is a force to be reckoned with, and his dynamic style of play would suit the English top-flight perfectly. One for Ed Woodward to mull over.

Allan has the ability and mindset of a top-level player, so it would be no surprise if he ended up at one of the big boys in Spain. However, given that ​Barcelona are undergoing an identity crisis which the Brazilian wouldn’t necessarily fix, it’s more likely that he would head to the Spanish capital. ​Real Madrid? Possibly. But since Casemiro is two years younger than the Napoli star, a move to rivals ​Atlético Madrid could be a much more viable alternative. If there’s one man who Allan was born to play for, it’s Diego Simeone. Fight, fire, passion and drive – he’s got the lot in abundance.

A player who could relight the touchpaper under a flagging Colchoneros side.