As the footballing world sits stagnant following the coronavirus outbreak, many of us are attempting to develop new passions, as we desperately try to fill the void left by our past love.

But never fear. It turns out rewatching old classics is almost as fun as watching them live.

With this in mind, we’ve compiled a list of the seven greatest ​Juventus games that you have to rewatch. For a team as richly decorated as I Bianconeri, their European Cup successes have been few and far between. The Italian giants boast just two triumphs in Europe’s premier competition, the last of which came in 1996.

Having seen Fabrizio Ravanelli’s early opener cancelled out by Jari Litmanen, the Champions League final was to be settled on penalties. With both Edgar Davids and Sonny Silooy missing for the Dutch side, the Old Lady ran out 4-2 winners after converting all of their spot kicks.

The win saw Juventus crowned champions of Europe for the first time since 1985 and remains their last victory in the competition. 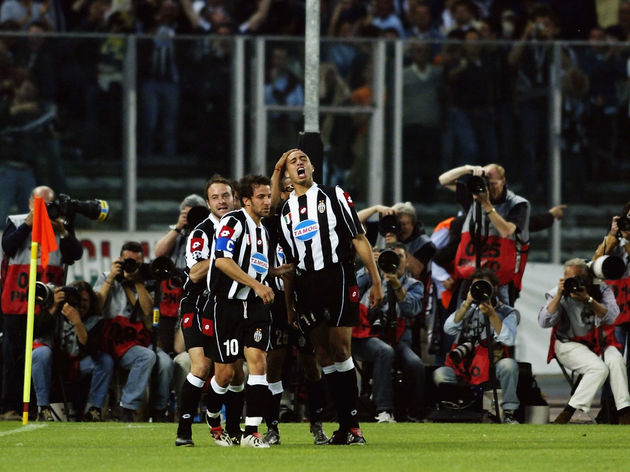 Juventus headed into the 2003 Champions League semi-final second leg with an uphill task ahead of them. 2-1 down against the reigning European champions, it was going to take something special to progress.

Marcello Lippi’s men blew the Spanish giants away, with first-half goals from David Trezeguet and Alessandro Del Piero putting them firmly in control. A second half Pavel Nedvěd goal all but confirmed their place in the final, with a late strike from Juventus old boy Zinedine Zidane not enough to spoil the party in Turin.

Juve would go on to suffer final heartbreak at Old Trafford against fellow Italian side ​Milan, with Carlo Ancelotti’s men edging them out 3-2 on penalties. Not many would have forecast when Juventus won Serie A in 2003 that it would be their last league title triumph of the decade. They certainly wouldn’t have said that after the Turin side won it in 2005 and 2006…only to see those title stripped after the Calciopoli scandal broke.

Heading into the 2011/12 campaign the club had gone eight seasons without an official Scudetto, having spent time in Serie B, but they came into their penultimate game of the campaign knowing a win at Cagliari would mean any slip up from nearest challengers Milan would hand them the title.

The Old Lady were in imperious form, with Mirko Vucinic finding the net after just six minutes. With rivals Milan flapping at home to Inter, Juve knew if they held their nerve they would be champions. They went one better than that and secured the win in the second half, and with Milan beaten 4-2, the title was Juve’s.

Antonio Conte’s men would go on to complete the season unbeaten, the only team ever to do so in a 38-game Serie A campaign. The Coppa Italia final is a red-letter day in any Italian football fan’s calendar, but when the final contains two heavyweights like Juventus and Milan, it’s a special occasion for most. The Old Lady headed into the 2018 final having not tasted defeat in the domestic competition since 2014.

After a tense start the game exploded into life in the second half, with Juve blowing away their rivals with four second-half goals. A double from Medhi Benatia and goals from Douglas Costa and Nikola Kalinić meant Juventus were crowned Coppa Italia winners for the fourth consecutive season.

The win was Juve’s 13th in the competition and was the first leg of yet another domestic double. The Old Lady didn’t concede a single goal on their way to Coppa Italia glory, outscoring their opponents by an aggregate score of 10-0. 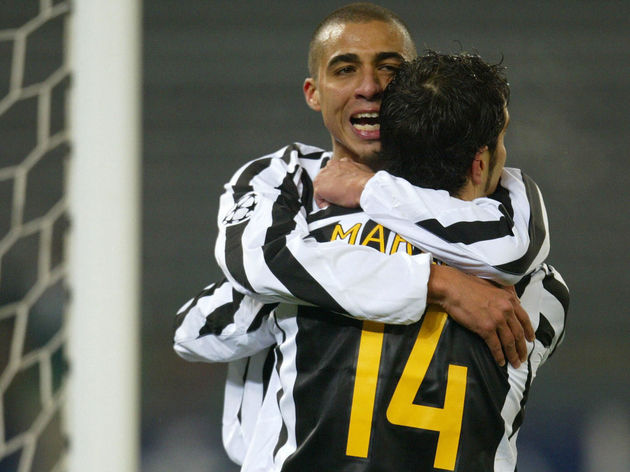 We’ve already established that Juventus’ route to the 2003 Champions League final wasn’t easy, but the Italian giants almost didn’t even make it as far as their colossal clash with ​Real Madrid. In the second-round group stage they needed a win against Deportivo La Coruna to progress.

An early Ciro Ferrara goal had the hosts in control, but a goal either side of the break from Roy Makaay and Diego Tristan had Juve staring down the barrel of elimination. David Trezeguet’s strike offered hope, and with 93 minutes on the clock, Igor Tudor hit the sweetest left-footed strike you will ever see.

The Old Lady progressed to the next round, before eventually coming unstuck against Milan in the final. A pulsating run to the final nonetheless. When you’re as successful a team as Juventus, you’re bound to make some rivals on the way, but nothing beats the rivalry between you and the team you share your town with. Juventus vs Torino is always special if you’re a Juventus fan, and 2017’s clash was certainly special.

The writing was on the wall early on as Pablo Dybala’s early opener was soon followed by Torino’s Daniele Baselli receiving his marching orders. I Bianconeri were in no mood to go easy on their rivals, with goals from Miralem Pjanic and Alex Sandro added to late on by another from Dybala.

The win was Juventus’ biggest over their city rivals for 22 years, in a year which saw them dominate domestically yet again. Score lines as eye-catching as 7-0 don’t come about too often, so to see a 7-0 hammering in one of Europe’s meanest leagues is pretty something.

Doubles from Fernando Llorente, Carlos Tevez, Álvaro Morata were added to by Stephan Lichtsteiner to give the Old Lady one of their biggest wins in Serie A and further tighten their grip at the top of the table.

Undoubtably a memorable day for any Juventus fan.