​Nine matches, 32 goals and enough drama to more than tide us over until the Champions League gets underway on Tuesday. The Premier League rarely fails to deliver, and it has come up with the goods once again.

So, with plenty to be getting on with, here are the notes on the best of what we’ve seen so far. Shortly after Mohamed Salah had opted to go it alone and fluff an effort rather than play a straightforward pass into Sadio Mane in the 3-0 victory over Burnley two weeks ago, the Senegalese was subbed, and looked incensed at his teammate as he took to the bench. It turned into one of the stories of the weekend, as ​Liverpool’s formidable attacking unit was possibly coming apart at the seams.

Jurgen Klopp, meanwhile, looked back at his winger throwing a strop on the bench behind him and shrugged it off with a chuckle. When asked about the incident after the game A few miles south at Mane’s former employers, ​Southampton have taken their time in replacing him since his move to Merseyside three years ago; but the early signs suggest they may finally have pulled it off.

There were clear shades of Mane when Mali international Moussa Djenepo came rampaging in from the left, weaving past the Sheffield United defence at pace before calmly slotting past Dean Henderson from the edge of the area to give his side the decisive lead; but the comparisons between the two go beyond their dynamic styles of play.

Above all else, Djenepo seems to have brought to the table the sort of match-winning influence that Mane once carried. He missed the draw with Manchester United before the break, but Southampton have now won the two games the 21-year-old has started after losing their opening two, and he has scored the opening goal in both. We’ll leave you to decide whether that’s coincidental or not.

Frank Lampard Isn’t Scared to Mix it Up 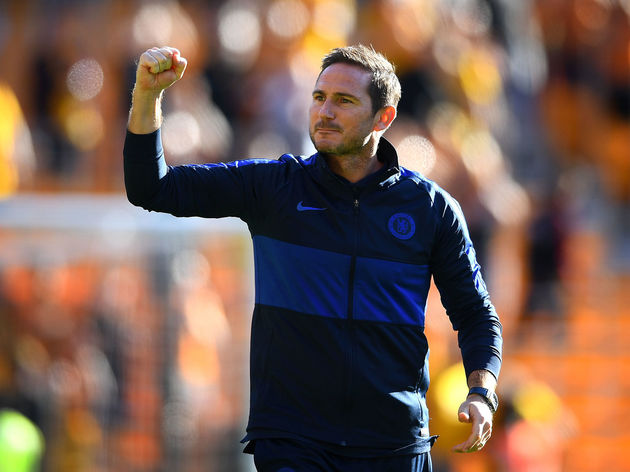 Reverting to Antonio Conte’s 3-4-3, out of nowhere, Chelsea ran riot.

Fikayo Tomori made his first Premier League start under Lampard – getting things started with a screamer – while Tammy Abraham (doing his best Didier Drogba impression) bagged a hattrick. Mason Mount getting in on the action means all of Chelsea’s goals this season have come from academy graduates.

Once again, the Blues conceded twice, hinting at the same defensive frailties that have frequently reared their head, but over the piece, it was a far more measured, composed performance than we’ve seen from them so far.

That tendency to switch it up, in particular, is an element of his management we hadn’t yet seen in the Premier League, and may well prove to be the factor that underpins his success at Stamford Bridge.

David Luiz is Not the Answer to Arsenal’s Defensive Troubles Yep, you’ll want to sit yourself down for this revelation.

David Luiz was drafted in late in the window by ​Arsenal, presumably as a ball-playing, stop-gap defender to bridge between Laurent Koscielny and the arrival of Saliba next summer, but simply put, the early signs suggest he isn’t even up to that.

Luiz wasn’t the only defender at fault in Arsenal’s embarrassing second-half display but he did showcase exactly the sort of petulant defending we have all seen on far too many occasions.

In a near-repeat of his diving in on Mohamed Salah earlier in the season at Anfield, the Brazilian brainlessly left his leg in on Roberto Pereyra to allow the Argentine to win a penalty and wipe out the Gunners’ lead from the spot at Vicarage Road. He may well also have Unai Emery counting the notes in his wallet ahead of the January window.

The Top Four Race Will Be Tighter Than Ever With Manchester United coming out on top over Leicester at Old Trafford, along with resounding wins for Tottenham and Chelsea, Arsenal’s draw at Watford means we now have a good old-fashioned top-four standoff.

Five teams sit on eight points at the five-game mark, with only goal-difference separating Tottenham in third from Arsenal in seventh, and the cut-throat nature of the scrap for Europe means that each one of those teams – Leicester included – will know any sequence of wins could give them the edge in reaching the promised land.

On the flip-side, looking a bit further down, only two points separate that cabal from 13th-placed Norwich – so it could all just as easily go belly-up for any of the teams in the hunt. Normally by this stage in the season, at least one clear contender for relegation has emerged, but looking at it now, you couldn’t call it.

Watford had previously looked in the mire but the return of Quique Sanchez Flores looks to have galvanised them as they fought back from the dead against Arsenal. Second-bottom Wolves should pull themselves out of their early slump, Aston Villa’s points tally hasn’t quite justified their performances, while Newcastle look a long way from the foregone conclusion many expected when they appointed Steve Bruce – and that’s the bottom four.

You wouldn’t rule out Sheffield United, Burnley or Brighton – all on five points – from being dragged in, but you equally could anticipate any of those sides cracking the top half based on their early showings. The drop this season really is not something you’d like to bet on, and it’s perhaps already time to make the early call that the ‘magic’ 40-point total will not be enough this time around.

There Is More to Norwich Than Meets the Eye The Championship champions took on the Premier League winners at Carrow Road, but by watching the game itself, you’d scarcely have known who was who. Farke’s men dismantled Guardiola’s Goliaths in front of a baying home crowd, and after a start to the season that felt unjust given their vastly expansive and entertaining style, they deserved every one of the three points they took from the encounter we had all written off as a City walkover.

Only Liverpool, City, Tottenham and Chelsea have scored more than the Canaries this season, but the famous 3-2 victory at the weekend showed that perhaps their goalscoring exploits hide a certain grit and resolve that could prove the difference if their ‘goals for’ column isn’t enough in itself to carry them clear of the drop zone.

Much like Farke’s own surprisingly soft voice, there is more to Norwich than their cover suggests.