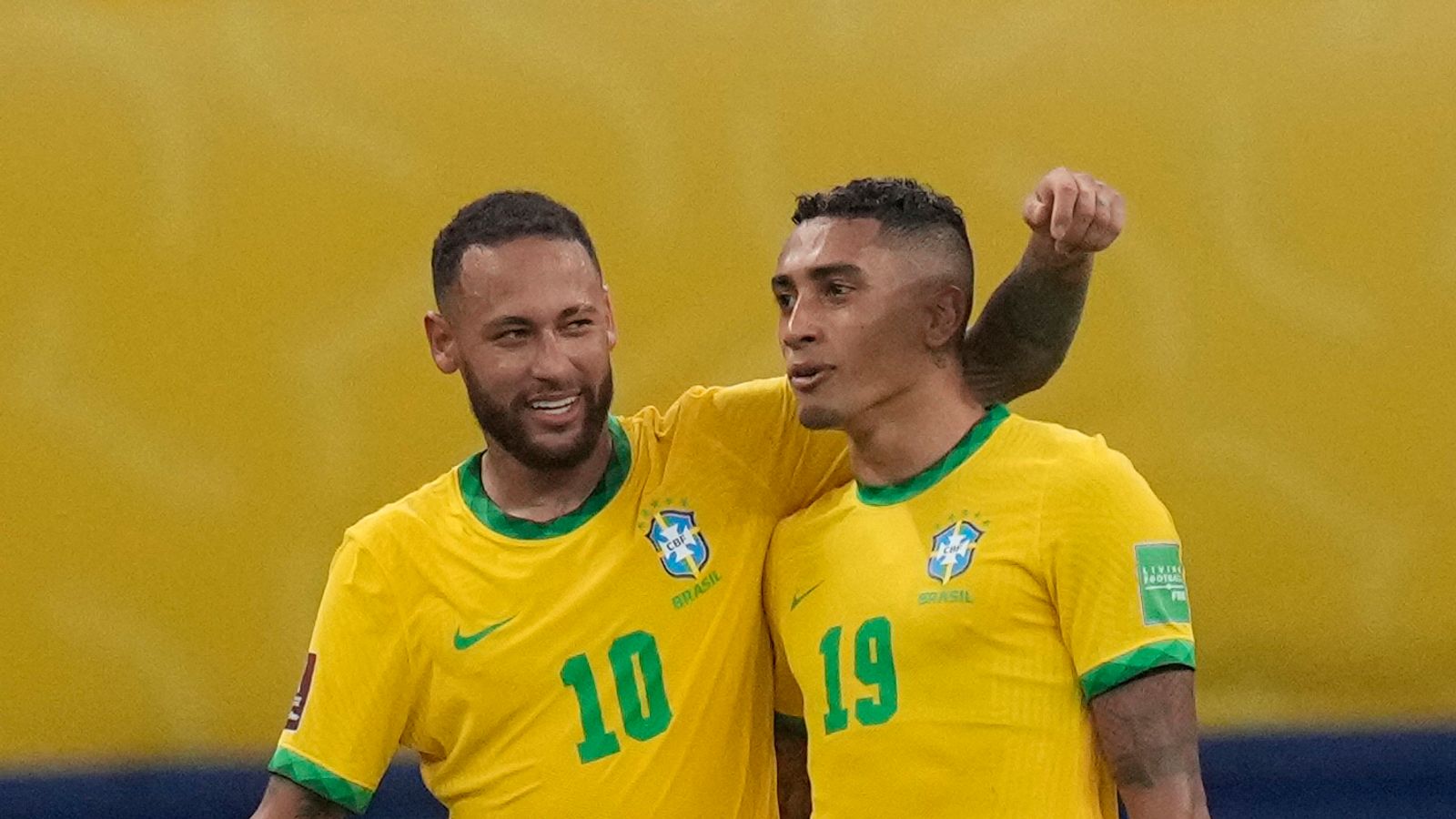 Brazil moved within one win of qualifying for next year’s World Cup by thrashing Uruguay 4-1 in Manaus, with Leeds’ Raphinha scoring twice.

Playing with fans in the stands for the first time since the start of the Covid-19 pandemic, Brazil were intense from the first minute, much different from the two latest displays against Venezuela and Colombia.

Neymar opened the scoring in the 10th minute after being teed up by Manchester United midfielder Fred. The PSG forward took the ball around goalkeeper Fernando Muslera fired in from a tight angle, to register his 70th goal for Brazil, seven short of Pele’s all-time record.

Leeds winger Raphinha, making his first Brazil start, added a second in the 18th minute from close range, and later doubled his tally just before the hour mark.

Veteran forward Luis Suarez scored Uruguay’s consolation in the 77th minute with a free-kick, but their hopes of a late comeback were dashed six minutes later when substitute Gabriel Barbosa headed past Muslera from a Neymar cross.

Argentina flew out of the traps against Peru but were held to a 1-0 victory by their visitors, with Lautaro Martinez the sole goalscorer just before half-time.

Instead of turning their first-half chances into more goals, Argentina were nearly made to pay when Peru were awarded a penalty in the 65th minute after a foul by goalkeeper Emiliano Martinez, but Yoshimar Yotun hit the bar.

Chile rose to sixth position with 13 points after a 3-0 home win against bottom-of-the-table Venezuela. Erick Pulgar scored twice and Ben Brereton-Dias scored the third for the hosts.