Jose Mourinho doesn’t seem to be enjoying himself in Spain at the moment.

Not only are his Real Madrid side all but certain to surrender the Liga title they won from Barcelona last season – languishing 15 points behind the Catalans – but earlier this week Madrid daily Marca reported that Iker Casillas and Sergio Ramos have threatened to leave Santiago Bernabeu in the summer if their boss is allowed to remain.

But it’s not all bad for the Special One. Club president Florentino Perez has come out and backed his manager until the summer, leaving Mourinho free to celebrate his 50th birthday with some degree of peace, and contemplate how to salvage a turbulent season by winning the third Champions League crown of a stellar coaching career. 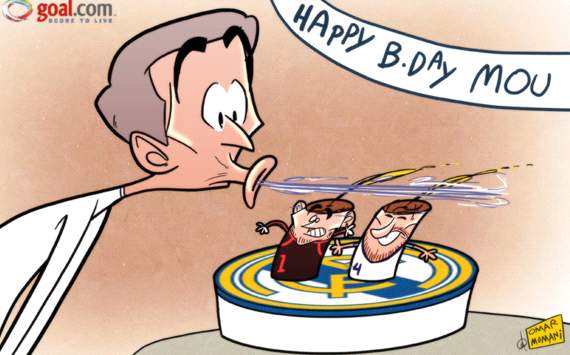