Our Spanish expert Phil Kitromilides thinks Madrid have enough to win, but will not keep a clean sheet in Galicia

One of the greatest weeks in recent memory for Real Madrid ends on Sunday night in Vigo, a particularly unglamorous corner of north west Spain. After the euphoria of successive Clasico wins and Champions League progression at the hands of Manchester United, Los Blancos will be aiming to keep their momentum going by gaining three points against a Celta side who are involved in a desperate battle against the drop.

Despite a poor record on the road this season and having already lost in Vigo in the Copa del Rey, Coral price Madrid as the overwhelming favourites at 4/9 (1.44). 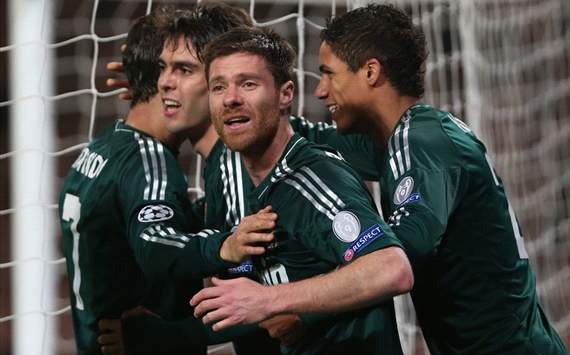 That price is perhaps a little short for us to consider investing in, especially given that Celta’s home record is actually pretty decent, with their away form the aspect of their play which has really put the Galicians in trouble. A home win at Balaidos can be backed at 11/2 (6.50) with the draw offered at 7/2 (4.50).

Expect changes to the starting line up for Madrid, yet whichever eleven takes to the field should have enough to beat a Celta side extremely low on confidence having lost four of their last five matches.

While Jose Mourinho’s side have been winning matches recently they have not been keeping clean sheets so the price of 9/5 (2.80) for Madrid to win not to nil, is well worthy of consideration.

This bet has paid out in each of Madrid’s last four games in all competitions, and with Celta scoring in 11 of their 14 homes games this season, this selection looks to offer a great chance of some decent profit for punters.

For some slightly higher odds back Real Madrid to win both halves at 5/2 (3.50) which, if they get the first goal, looks extremely likely.