With the knockout stages of the Champions League around the corner, Jamie Dickenson has taken a look at the options available for a multiple on teams to qualify

The Champions League knockout rounds are fast approaching, and for many punters that means the opportunity to back some of Europe’s strongest sides to make the last eight of the competition.

Bet Victor are offering enhanced multiples on the continental elite’s big guns qualifying from the round of 16, with variations on Barcelona, Real Madrid, Bayern Munich, Borussia Dortmund and Juventus to qualify.

The bet that immediately stands out for value at 3/1 (4.0) is all five of those teams – favourites for their Champions 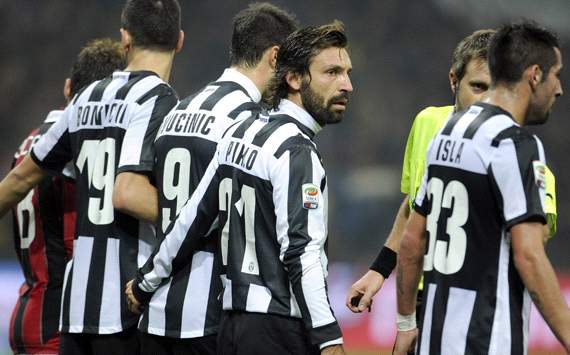 There do tend to be surprises at this stage of the tournament though – last season Lyon fell to minnows APOEL and Inter Milan exited at the hands of Olympique de Marseille – but more often than not the strongest side goes through over home and away ties.

Looking at the sides most unlikely to fall at this hurdle, and it seems that Juventus, Borussia Dortmund and Barcelona fall into that bracket.

Juve are leading Serie A and have a quite remarkable home record, having only recently seen a 49-game league unbeaten streak at Juventus stadium broken by Inter.

And while Celtic produced a victory over Barcelona at Celtic Park in the group stage, it looks a step too far to expect them to pull off another shock – even with key striker Gary Hooper still at the club.

Dortmund managed at draw at the Santiago Bernabeu against Real Madrid earlier in the competition, and will hope to set themselves up for victory back on home soil when they make the trip to Donetsk to face Shakhtar in the first leg.

While Jurgen Klopp’s side retained their best players in the January window – Robert Lewandowski, Mario Goetze and Mats Hummels – Shakhtar buckled under the late advances of Anzhi Makhachkala and sold pivotal playmaker Willian to the Russian side for almost €35 million.

Barcelona have a sterling recent record against AC Milan, remaining unbeaten in their last seven clashes between the two sides.

The Catalans also knocked out the Serie A side at the quarter-final stage last season.

Watching Lionel Messi and Mario Balotelli go head-to-head should be compelling viewing, but the Ballon d’Or winner and his club will be fancied to progress.

That leaves Real Madrid and Bayern Munich, who face English opposition in Manchester United and Arsenal.

The Gunners current form is patchy, and Bayern have been dominant in the Bundesliga this season and over two legs they look to be strong for Arsene Wenger’s side.

The one match-up to avoid looks to be Real and United.

Jose Mournho’s Madrid are trailing domestically, but despite having their eyes set on Champions League success the Red Devils are a more potent force this campaign with Robin Van Persie excelling and Wayne Rooney beginning to contribute.

Ronaldo’s return to Old Trafford and Mourinho back in England may make this the tie of the round, but from a betting angle it seems too tight to include in a multiple.

For those reasons the best option here is backing Barcelona, Bayern, Dortmund and Juventus all to qualify at a quite respectable 7/4 (2.75) with Bet Victor.

Jamie Dickenson is a 22-year-old freelance journalist who specialises in football, sports and betting.