COMMENT: The Azzurri’s weekend loss to Roma means that they must lift this season’s Europa League in order to convince their star man to stay

If Gonzalo Higuain’s future prior to Napoli’s Easter trip to Roma on Saturday was clouded in uncertainty, it has now become much clearer. For the Argentine to stay, Napoli simply must win the Europa League in order to qualify for next season’s Champions League.

Saturday’s 1-0 defeat to Roma – which was the home side’s first victory within 90 minutes at the Stadio Olimpico since November – means that Rafa Benitez’s men are now eight points adrift of the top three in Serie A.

“I am convinced that if we continue playing like we are then we can still aim for the Champions League,” Benitez told Sky Sport at full time. “I am shocked [to be so far behind]. Our team is growing and plays good football.”

But with only nine games remaining – and with Napoli still active in two other competitions – only the most optimistic fans would back their inconsistent side to make up the difference.

Sadly for the Partenopei faithful, failure to make the Champions League will likely result in the exit of their star striker Higuain. The 27-year-old’s agent and father, Jorge, is due to sit down with president Aurelio De Laurentiis and sporting director Riccardo Bigon at the end of April to discuss his future.

Higuain’s contract runs until 2018 but, while publicly insisting he happy in Naples, the ex-Real Madrid star is not prepared to remain without Champions League football. 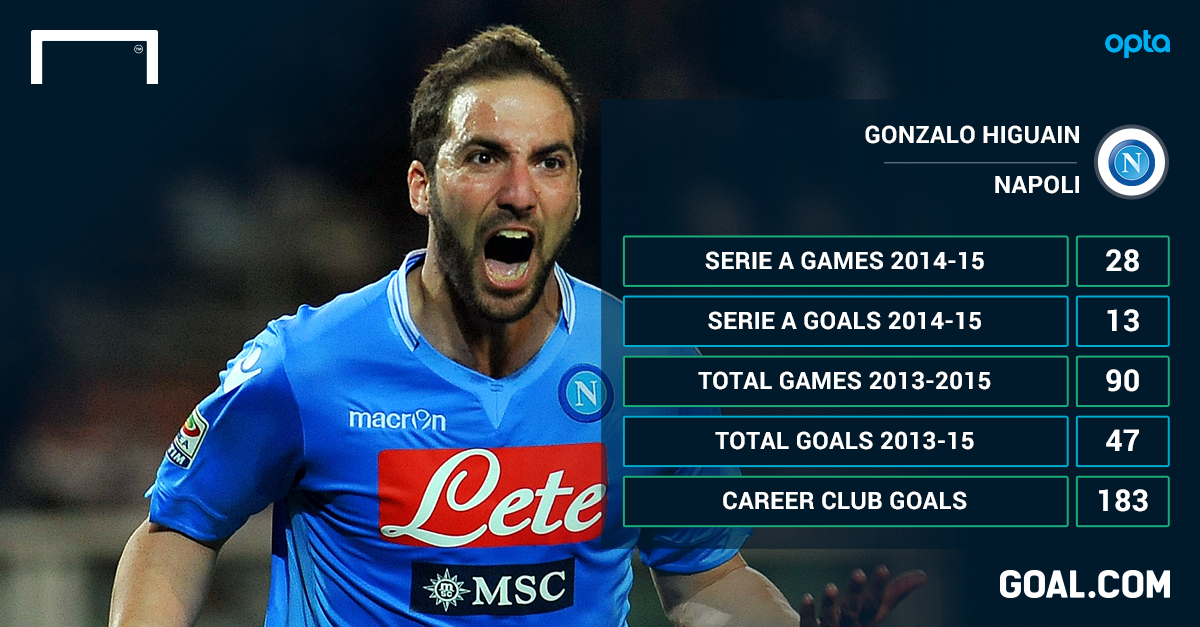 The France-born striker has often cut a frustrated figure this season, most notably during Napoli’s exit to Athletic Bilbao in the Champions League play-offs. His return of 13 Serie A goals is good but by no means great for a player of such undoubted quality.

Since the end of January he has scored just once in Serie A, and that reflects as badly on the striker as it does on his team-mates and particularly his coach.

He has been booked three times in his last six starts and directed a number of Cristiano Ronaldo-like tantrums when passes have not arrived at his feet. On Saturday he was substituted with 15 minutes remaining and spent much of that time biting his fingernails on the bench.

This attitude has irritated Benitez, who has publicly pleaded with his star man on a number of occasions this season to “channel his anger better and become a leader.”

The impression is that Higuain believes he deserves to be playing at a higher level than Napoli can offer him. A number of Europe’s top clubs are certain to queue up for his services this summer. Barcelona are in the market for a ‘Plan B’ forward, Paris Saint-Germain are searching for a replacement for Ezequiel Lavezzi, while Liverpool are considering a €50 million bid – although they are also unlikely to make the Champions League. 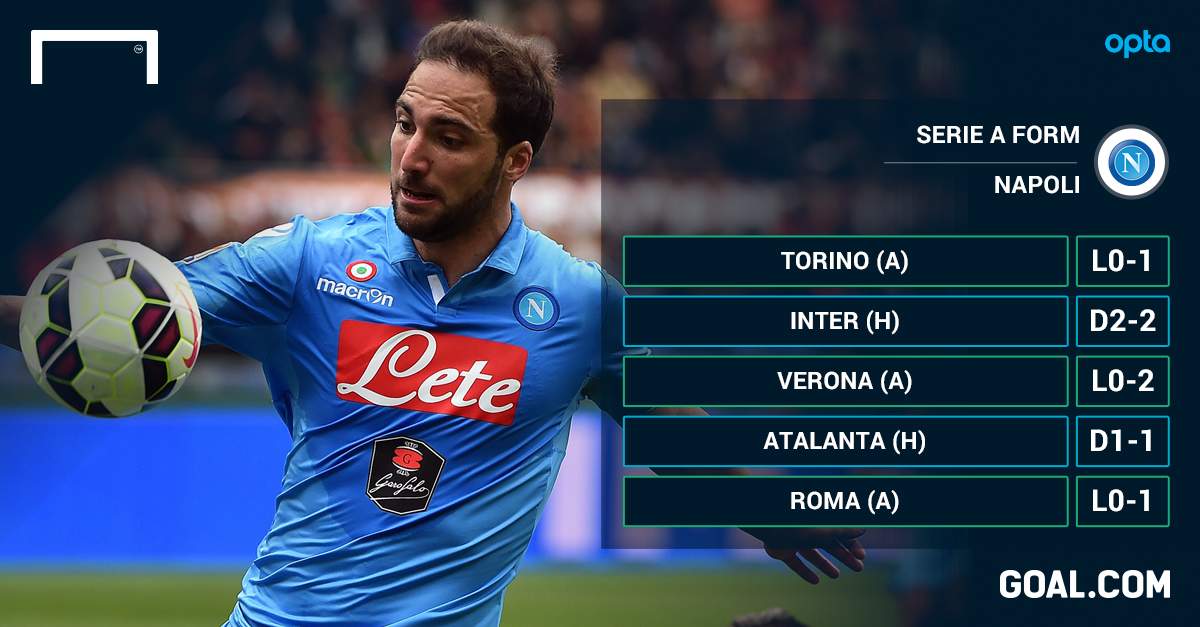 For Napoli to convince Higuain, they must win the Europa League. The Azzurri face tournament favourites Wolfsburg in a mouth-watering quarter-final next week, but they must improve dramatically if they are to overcome the Germans.

Napoli have won just one of their last eight games in all competitions, while they have taken just two points from a possible 15 in Serie A. A win over Lazio in their Coppa Italia semi-final second leg at the San Paolo will restore some much needed confidence. The tie is delicately poised at 1-1 from the first leg in Rome.

But even if Napoli were to retain the Italian Cup and claim their third trophy in two seasons under Benitez – who is also likely to leave the club when his contract expires in June – that would not be enough to satisfy Higuain.