In Saturday’s 2-0 loss at the Emirates, the Italian’s front three failed to land a glove on Arsenal, despite the fact that the Gunners have one of the Premier League’s weakest defences.

Unai Emery’s side had only three clean sheets going into this latest London derby but they kept Chelsea at bay with the minimum of fuss. Indeed, the toothless visitors didn’t register a shot on target until the 82nd minute.

This was in spite of the fact that they had 44 touches in the Arsenal area; only against Newcastle in August have they managed more in a Premier League game this season.

The Gunners were as effective as Chelsea were blunt and they were good value for a win that came courtesy of goals from Alexandre Lacazette and Laurent Koscielny, and which was achieved through the implementation of an intense pressing game from minute one.

Sarri’s line-up was easy to guess, with the Blues boss once again selecting winger Eden Hazard as a false nine, with Willian and Pedro stationed alongside the Belgian.

Unai Emery knew full well what was coming and won the tactical battle on the night by asking the recalled Aaron Ramsey to become the latest player to man-mark Jorginho out of a game. 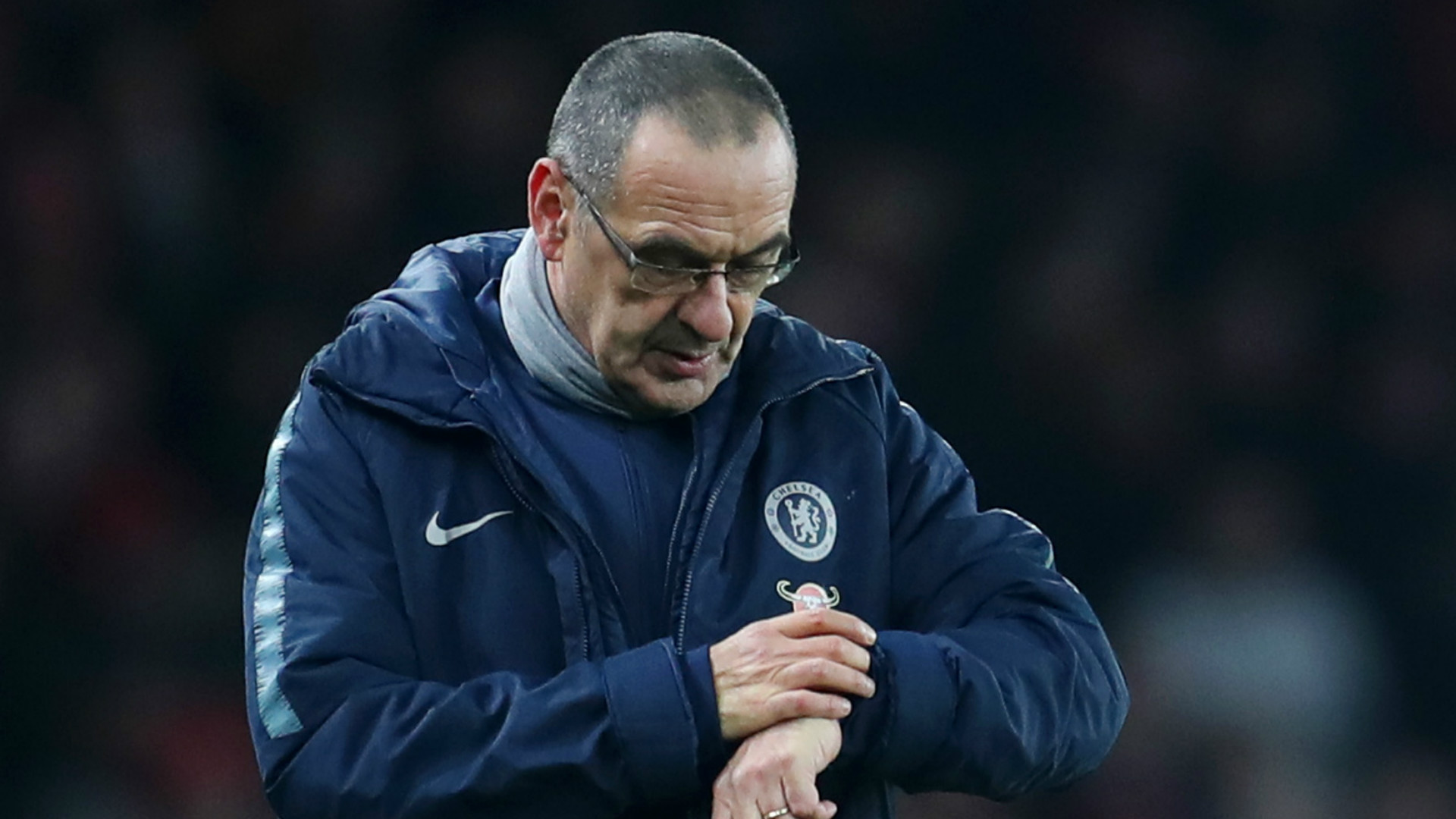 Of course, Chelsea have agreed a loan deal with Juventus for Higuain and should be able to complete their move as soon as they agree a deal with Atletico Madrid for Alvaro Morata.

However, they really could have done with Higuain in north London, as his presence would have not only inserted a proven goalscorer and a natural centre-forward into Chelsea’s line-up, it would have also allowed hazard to play in his preferred position on the left wing.

Hazard is a good false nine but he’s a much better winger and always looks far happier when instructed to run at defenders rather than in behind them.

Olivier Giroud did came off the bench in the second half against Arsenal but the game was already lost at that point.

Besides, the Frenchman was only ever a stop-gap signing, a useful alternative to turn to while Morata was trying to rediscover his confidence.

That never happened, of course, and now the hope is that Higuain can answer Chelsea’s problems in front of goal.

The 31-year-old striker will be under significant pressure to hit the ground running, as Arsenal’s victory means that fourth-placed Chelsea are now just three points ahead of the Gunners and a resurgent Manchester United.

Higuain scored a record-breaking 36 Serie A goals for Sarri at former club Napoli in 2015-16 and the Tuscan certainly knows how to get the best out of the enigmatic Argentine.

He’ll certainly have to at Stamford Bridge. Chelsea need goals, and fast, starting with Thursday’s Carabao Cup semi-final clash with Tottenham, with the Blues trailing 1-0 from the first leg.

However, even more importantly, Chelsea’s top-four hopes are now in jeopardy and Sarri needs Higuain to address just one of the problems his side are now facing.