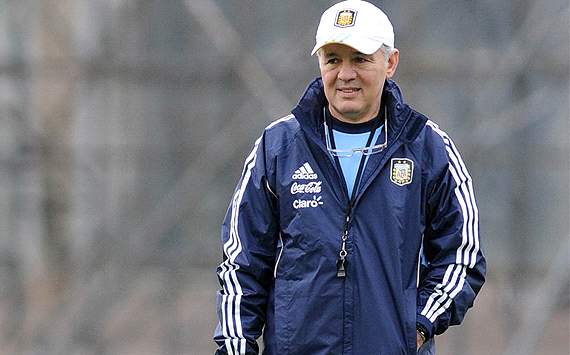 Argentina head coach Alejandro Sabella has lauded praise on the ruthless nature of his strikers as he saw his side overcome Chile in World Cup qualifying action on Tuesday.


The 2-1 victory, courtesy of Goals from Barcelona’s Lionel Messi and Real Madrid’s Gonzalo Higuain, keeps the Albiceleste top of the standings heading into the next round of fixtures next March.

And Sabella believes they find themselves in this position because of the firepower he has at his disposal.

“We knew Chile would take the ball from us a lot and we had to be very concentrated in defence.”

The defeat leaves La Roja languishing in the bottom half of the qualifying table with 12 points from nine games but the Argentina head coach insists it is too early to tell how good they are with injuries and suspension hampering Claudio Borghi’s men progress so far.

He added: “[The Chile team] have excellent players to reach the World Cup, they just can’t be classified yet, as some of their players are injured and/or punished.”

Argentina’s next game will be an international friendly against Saudi Arabia on Wednesday, November 14.