It is an early start for these two sides on Sunday as the local derby between Real Madrid and Getafe kicks off at the Bernabeu at 12:00CET. The hosts have seen an improvement of form in the new year and are unbeaten thus far in 2013. 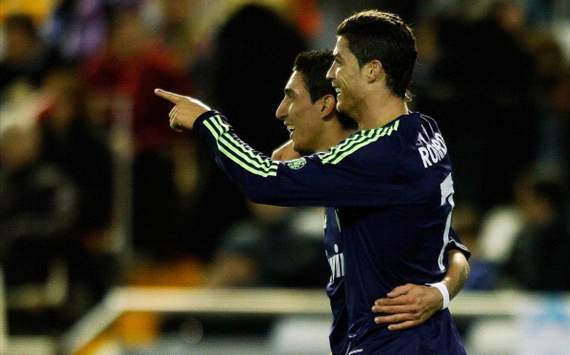 When Madrid are massive favourites at home against unfancied opposition, it is extremely tricky to find any value, with the two general bets being either over 1.5 goals in the first half or Madrid to win both halves.

Two or more goals in the opening 45 minutes is offered at 4/6 (1.65) which is not the biggest price in the world by any stretch of the imagination but looks a solid bet for punters to sink their proverbial teeth in to.

However the 11/10 (2.10) for Madrid to win both halves looks extremely generous as los Blancos should have very few problems against a lacklustre Getafe outfit, while this bet has also paid out in both of Madrid’s last two home matches.

With Real Madrid scoring four times in both of Getafe’s last two visits to the Bernabeu, back a high scoring encounter as your value bet, with over 5.5 goals offered at 7/2 (4.50).