With Gonzalo Higuain nearing an arrival at Stamford Bridge, Chelsea manager Maurizio Sarri spoke about how he got a record-setting season out of the striker while in charge of Napoli.

Higuain won’t be with Chelsea for their match against Arsenal at the Emirates Stadium on Saturday, but it is hoped that a deal to take over AC Milan’s loan will be concluded soon.

Milan are in talks to sign Genoa striker Krzysztof Piątek in his place, while Chelsea remain locked in negotiations to offload Alvaro Morata in a loan move to Atletico Madrid.

The Spain international is hoping to leave the Blues, allowing space for the club to sign Sarri favourite Higuain.

Sarri was the manager at Napoli as Higuain broke a 50-year Serie A goal record, netting 36 times in a single season in 2015-16. And while Sarri does claim some of the credit, he did not want to boil Higuain’s success down to one specific reason, noting the setup of that squad was well-suited to Higuain’s strengths.

“It’s very difficult to say the reason. Sometimes, Higuain did very well. I think that, in that season, he played in a team very suitable for him,” Sarri told reporters.

“So every player, I remember, was very involved in Higuain’s record. So there are a lot of reasons, I think. Not only the coach, of course.”

Chelsea have targeted a number of Sarri’s former players over the course of his stay at Stamford Bridge so far, and Higuain would follow Jorginho in having come back to work with their old boss.

Jorginho was Chelsea’s first signing as he arrived in a £57 million ($73m) deal alongside Sarri from Napoli in the summer. The Italy international sits in the base of a three-man midfield and acts as a pivot for his side, passing the ball an average of 98 times per game.

However, Sarri admits that Jorginho has not been at his best in recent weeks and has encouraged him to move the ball more quickly. This comes as he waits for a potential replacement for his previous deputy, Cesc Fabregas, who joined Monaco on a free transfer last week.

“Jorginho played with me for four seasons,” Sarri added. “It’s very difficult for him to improve more. He played very well for 20 matches, I think. He’s the player in the Premier League who has touched more balls [than any other player], I think. 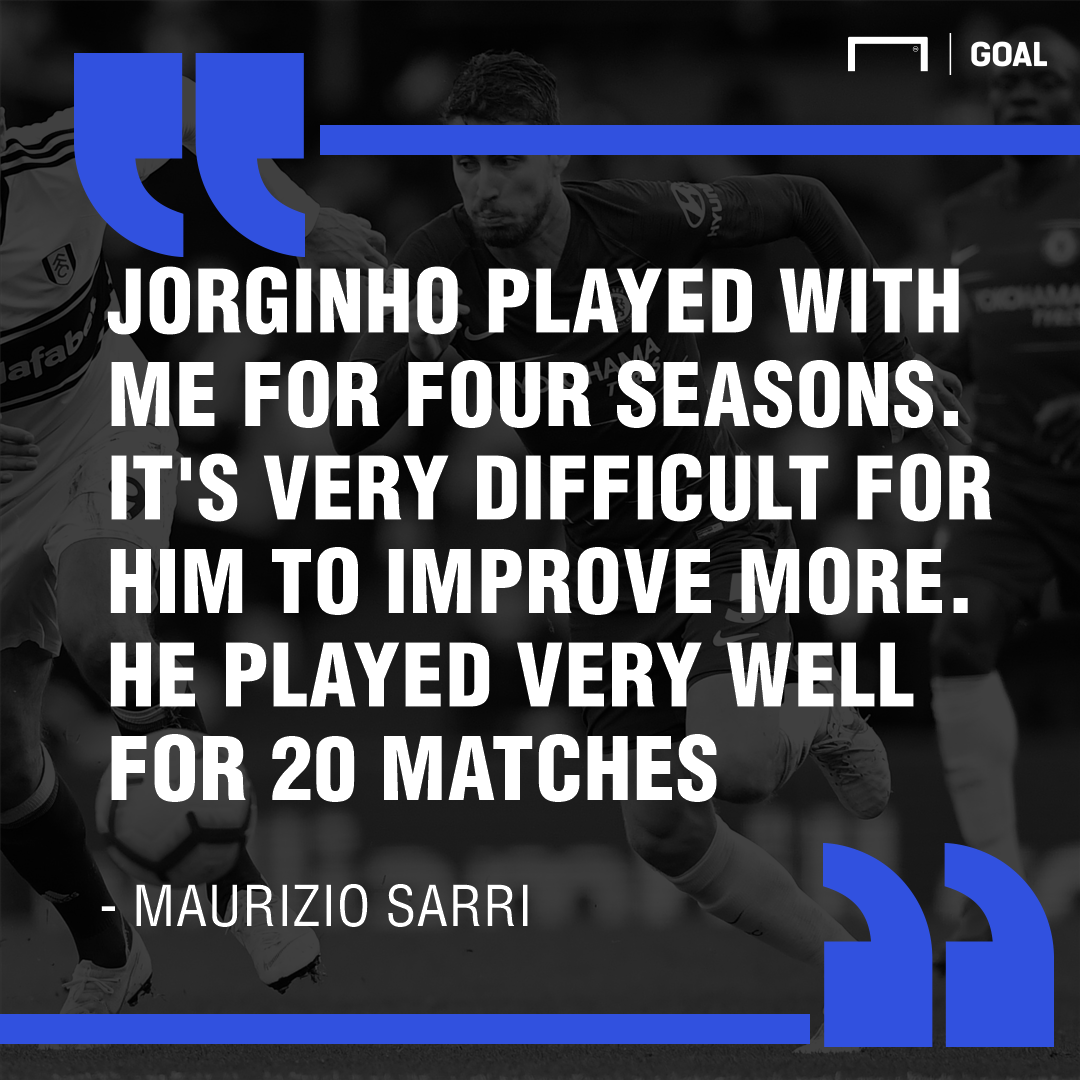 “Now, maybe, in the last two matches he was a little bit tired. He moved the ball a little bit [more] slowly than before. But I think that it’s normal. You cannot stay at the top for 60 matches, so it’s normal to have a different period, a period when you are not so lucid as usual.

“But it’s not a big problem. Of course, it’s the reason I said we needed a replacement for Cesc.”

Chelsea are working on signing Leandro Paredes in a deal which could be worth around £30m ($39m) from Zenit , but they have yet to make a breakthrough in their talks. Sarri was asked why can’t he switch formations if Jorginho needs to be rested, in lieu of signing a replacement for Fabregas.

“So, for the first time in the last four months, we had time to try to improve. So it’s not easy in this situation to improve a lot in such little time.” 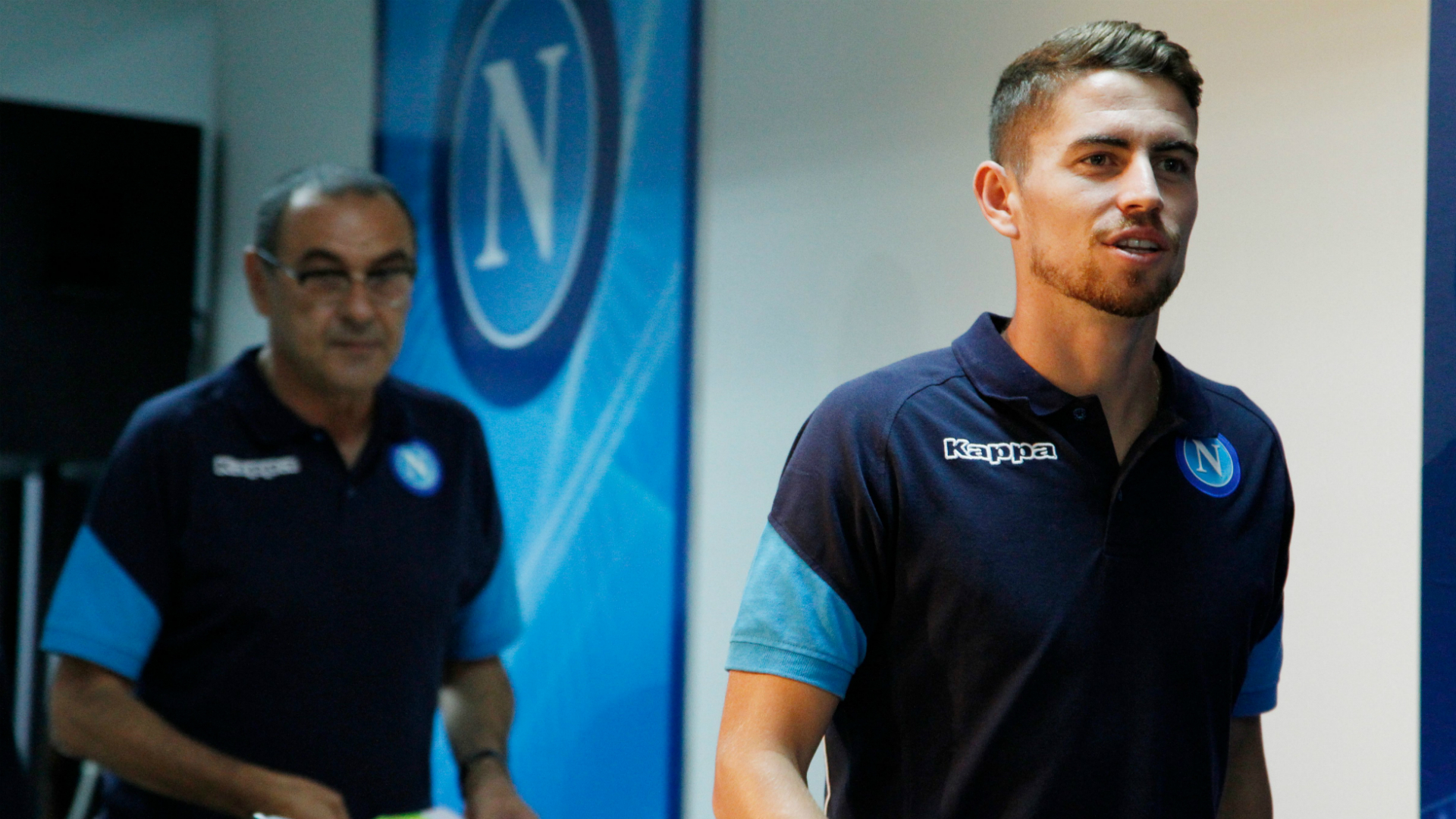 Chelsea have just gone over the halfway point for the season, having registered only an extra point and an extra goal on Antonio Conte’s efforts as the manager at this stage last season. Sarri has been implementing a new system which is a far cry from the way Chelsea have typically played under a succession of managers.

“At the moment, the numbers are really very similar,” Sarri said. “In the last part of last season, Chelsea didn’t do very well. So we have the possibility to improve on that. But I think it’s very important to improve from the starting condition of this year.

“We had problems with reactions to difficulties in the beginning. Now, for the third time, we reacted very well to a difficulty – after Watford, Tottenham and Newcastle – after their goal. Now we have to show we can react from a positive situation. 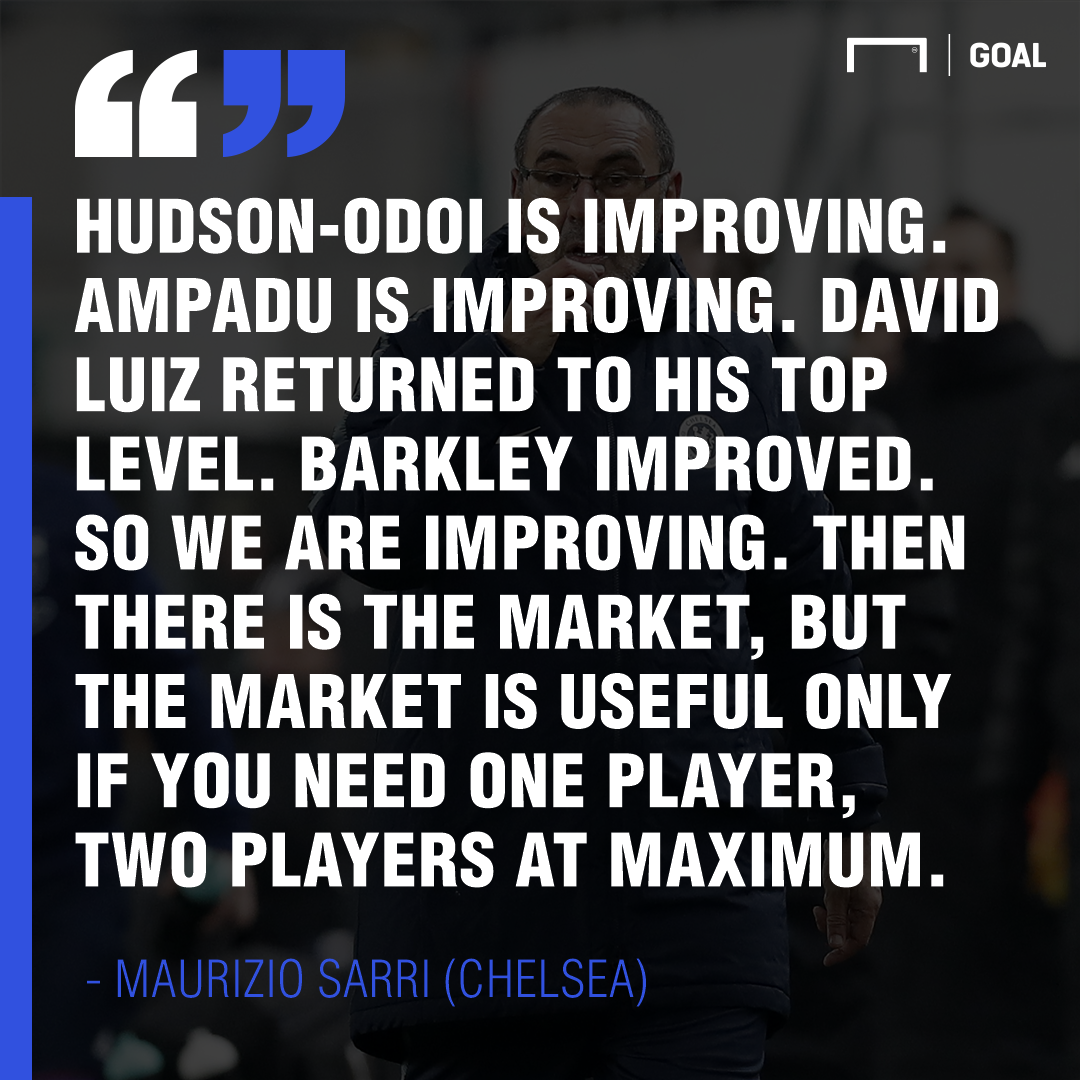 “(Ross) Barkley improved. So we are improving. Then there is the market, but the market is useful only if you need one player, two players at maximum.”