As another busy year of football draws to a close, fans the world over can take time to reflect back on their club’s previous season and how the current term is shaping up.

Some readers will have had considerably more content to read through than others given all of the big-name signings, club takeovers, player injuries and a plethora of other headline-grabbing team news.

So, for those curious to know who Goal.com‘s most visited team pages in the wake of an entertaining 2012 were, we have put together the list below: 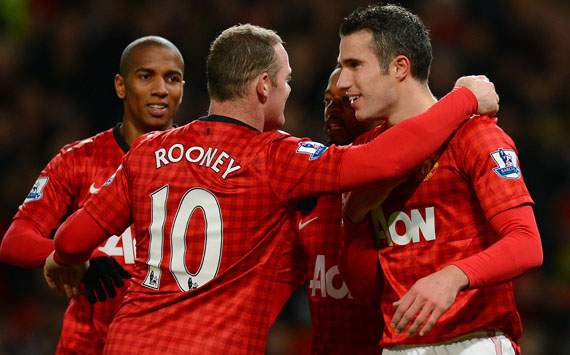 With the Red Devils boasting the record for most Premier League wins of all time, it perhaps isn’t so surprising that the English titans have taken the top spot in our list of Goal.com’s most popular teams.

Sir Alex Ferguson is responsible for 12 of the 19 PL titles won during his 26-year reign at Old Trafford, as well as numerous domestic cups and two Champions Leagues. With such a dedicated, results-minded manager at the club, it is easy to see why so many football fans the world over place their allegiance with the currently free-scoring English side. 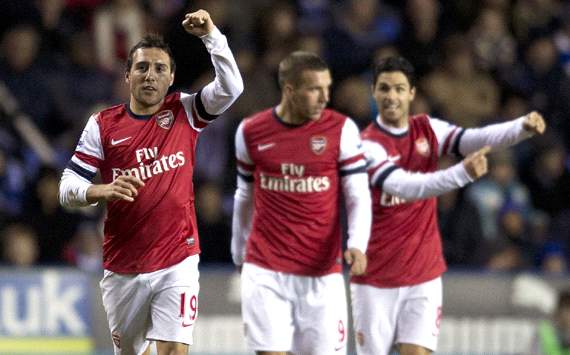 Despite a failure to pick up any silverware since the 2005 FA Cup, Arsenal remain one of the most followed clubs in the world.

The Emirates side’s brand of exciting, attacking football under Arsene Wenger sees the team compete at the highest level every season, although the club’s failure to produce trophies has seen former stars such as Robin van Persie look for glory elsewhere.

With that in mind, the Gunners will be under intense pressure in the coming weeks to hold onto the very much in-form Theo Walcott if they are to build on the substance side of their already stylish team. 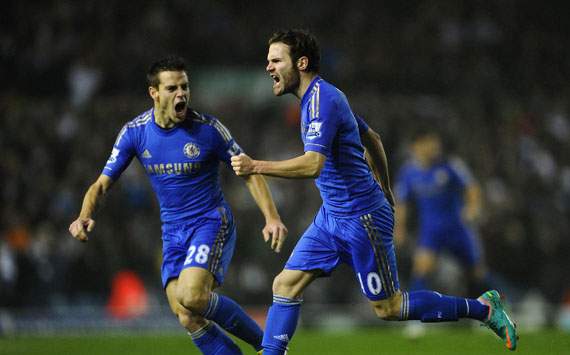 Always bursting with multicultural talent, reigning Champions League holders Chelsea are the third English side on our list to boast a huge global following.

The only London-based club to go all the way in Europe’s most prestigious club competition, Roman Abramovich’s billions have not only helped steer the Blues to domestic and European glory since the Russian owner took over in 2003, but has also served to lure in such big names as visionary coach Jose Mourinho, and World Cup winner Fernando Torres, ensuring the star-studded Stamford Bridge side continue to compete at the top level. 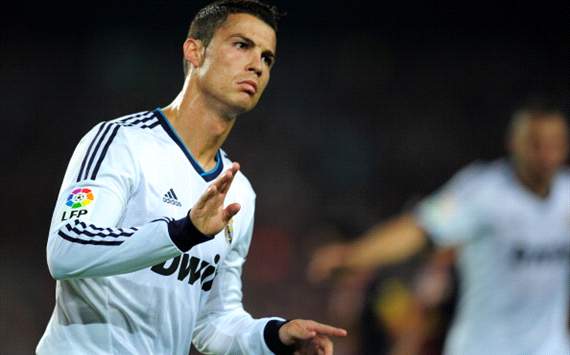 One half of the biggest rivalry in world football – El Clasico – Real Madrid’s popularity is easily explained by the abundance of talent within the club’s squad each season, which is well highlighted by Los Blancos‘ record for most Champions League titles won (nine).

With such great history, the Spanish outfit is also the richest club in the world in terms of annual revenue, making it easy to recognise why world-class players such as the entire cast of the ‘Galacticos‘ era, and of course Cristiano Ronaldo, can be lured to the Santiago Bernabeu. 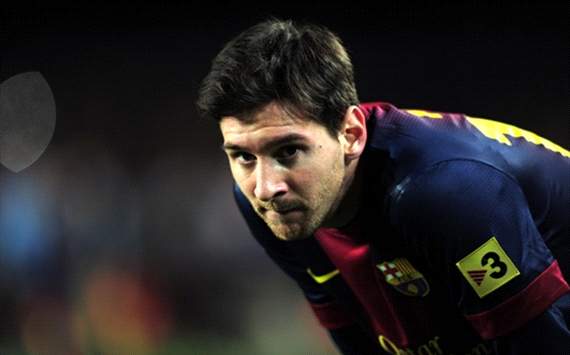 The other half of El Clasico. The hugely successful Catalan club’s name has become synonymous with a particular brand of football in recent years, to the point where “they’re playing like Barcelona” can often be heard when a less heralded side enjoy long periods of possession coupled with pin-point-accurate passing.

Lionel Messi, perhaps the best player the world has ever seen, largely dominates headlines for the Liga side these days. However, it is consistent historical achievements – such as being the only team to feature in Europe every year since 1955 – that should keep supporters coming back for generations to come. 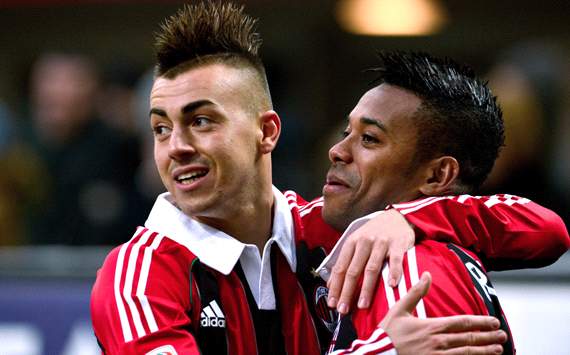 Second only to Real Madrid in terms of Champions League tournament victories, AC Milan are tied for the honour of second-most successful club in Serie A alongside Inter, who also have 18 league titles.

And while the Rossoneri are going through something of a transitional phase at the moment, having just lost such big names as Zlatan Ibrahimovic and Thiago Silva, the Italian side’s history is drenched in success.

Perhaps the best example of their past successes is Arrigo Sacchi’s Milan. Sacchi’s squad won back-to-back European cups in 1989 and 1990, and are often hailed as the best club side of all time. 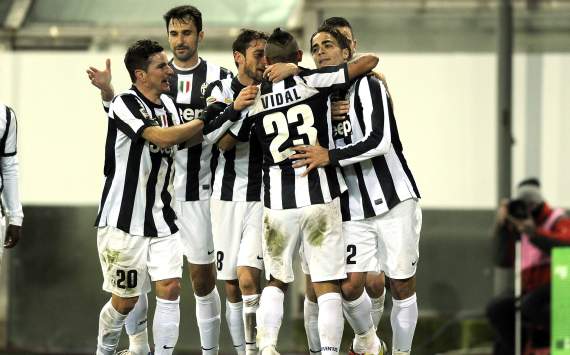 By far the most successful club in Italian football, Juventus have accrued a record 28 league wins and a total of nine Italian Cups (also a record), which when added to the rest of The Old Lady’s achievements comes to an impressive total of 53 official titles.

And while the hugely productive Bianconeri took a credibility hit following the Calciopoli scandal that saw them relegated to Serie B for the first time in their history, the club has recovered well from the nightmare of 2006.

Returning quickly to the top of European football with a solid core of skilled key players, a talented, loyal, “homegrown” coach and a new stadium to watch it all in, it would appear Juventus look armed and ready to continue bolstering their extraordinary history for the hordes of patriotic fans. 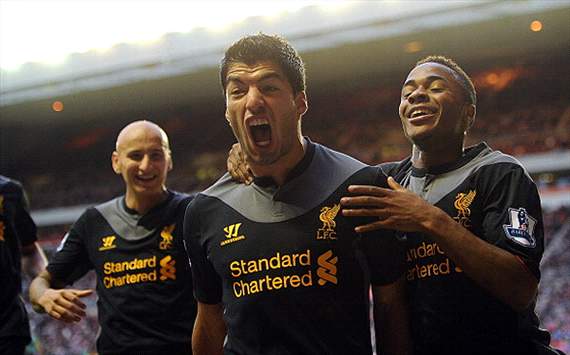 Fourth on the popularity list of English clubs is Liverpool, a side in such current turmoil that their past successes really do seem like just that: past successes.

However we have only to look back to the 2012 League Cup to see the Reds’ most recent competition win. And, while the Anfield side’s transitional phase may see them continue to struggle for consistency in the Premier League, Liverpool fans would remind you of their Champions League win in 2005 – something few would have expected.

All this to say that the dedication from those involved with the club will doubtlessly aid in steering the Reds out of their current funk, as they have done before, on their journey to add to their impressive catalogue of trophies. 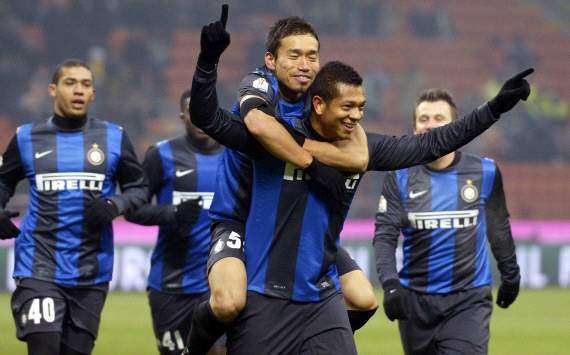 Internazionale‘s international appeal is aided in part by their participation in one of the most followed rivalries in world football: the Derby della Madonnina with AC Milan.

As mentioned before, Inter are tied in second for most Serie A titles won, and equalled the record for league wins on the trot (five) from 2006 to 2010. Add three Champions League wins to that, throw in a trio of Uefa cups for good measure, and the Italian club’s popularity is easily understood. 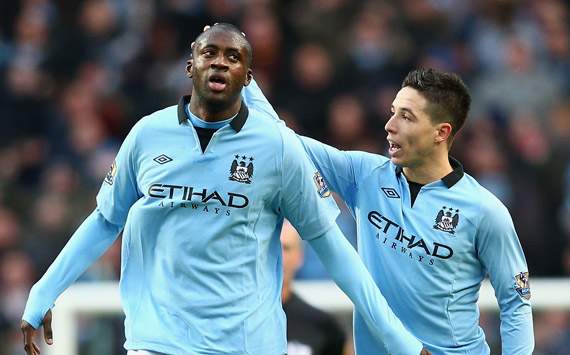 Manchester City began to garner a great deal more interest from football followers after their takeover by Abu Dhabi United Group in 2008, as the club’s level of participation in the transfer market changed dramatically.

As recently as 1998, the Citizens almost fell off the radar completely as they dropped to the third tier of English football. However, in 2012, Sheikh Mansour bin Zayed Al Nahyan’s cash infusion helped Roberto Mancini lead his team of big-money stars to the club’s first top-flight league title since 1968.

And with so much expensive talent within the ranks, City fans would say their club’s legacy is merely in its infancy. 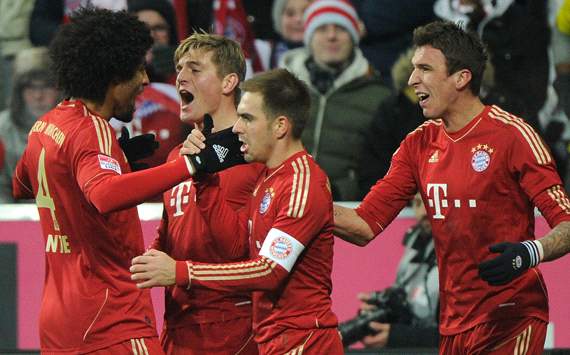 Bayern Munich have long rated amongst Europe’s elite, so it is of little surprise that the Bavarian side – who reached the Champions League final last year – features as the most popular German team on our list. 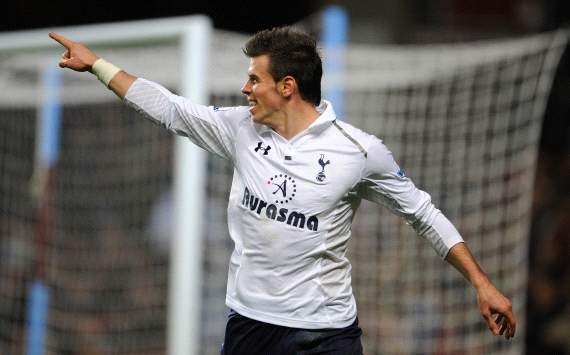 The third London-based club to feature on our list, Tottenham Hotspur appear to be in ascendancy.

Players such as Luka Modric, Rafael van der Vaart and Gareth Bale have provided the star power in recent years as the Lilywhites continue to find themselves in Europe, where they have been giving good accounts of themselves.

Tottenham may not be as storied as some other members of the EPL, but if treble-winning coach Andre Villas-Boas is given time to install his philosophy at the club, who knows what Spurs’ trophy cabinet will look like in years to come? 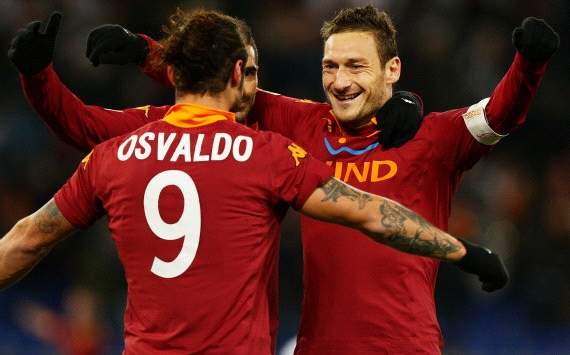 Another addition from Italy, three-time Scudetto winners Roma have never tasted European success, but have given a good enough account of themselves in years past to come close on two occasions.

And it is that tenacity and passion within the club that sees the Giallorossi there or thereabouts in Europe each year, while Francesco Totti, Daniele De Rossi and the like have provided the charisma to make the capital side a joy to watch. 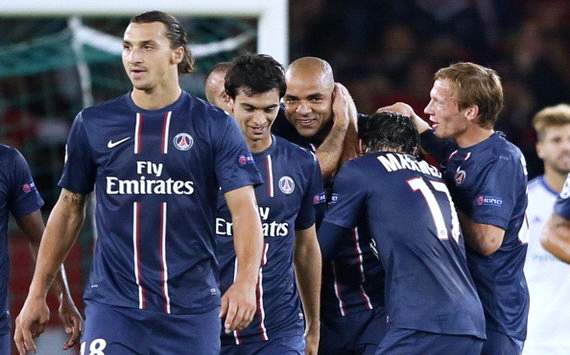 Much like Manchester City, Paris Saint-Germain’s recent takeover by the Qatar Investment Authority has seen the club’s popularity skyrocket.

Far from one of the most historically acclaimed sides in the world, world-class striker Zlatan Ibrahimovic’s presence – and perhaps Thiago Silva’s, to a much lesser extent – appears to have been enough to make the world of football stand up and take notice. 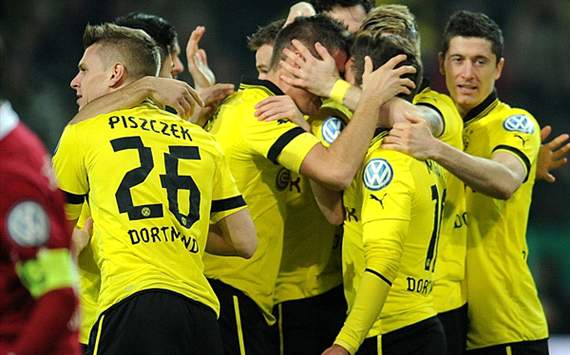 It’s not often a team comes along with the organisation and talent to dethrone Bayern Munich as kings of Germany, but Jurgen Klopp’s exemplary Borussia Dortmund side have pulled it off twice in a row.

That’s not to say die Borussien is without its own share of past triumphs both domestically and in Europe, they’ve done well over the years in fact. However the club’s great pull at the moment is the style, skill, resilience and determination of the current BVB squad – the Marco Reus and Mario Gotze-inspired squad that finished unbeaten in their Champions League group which also featured Manchester City and Real Madrid. 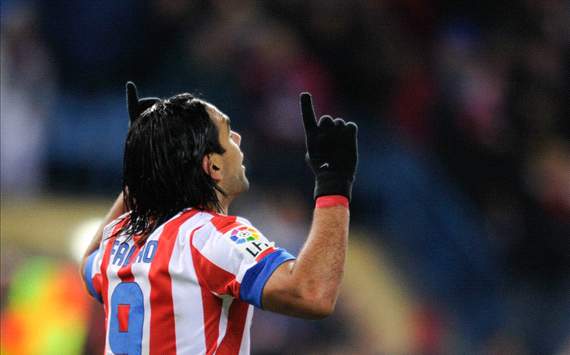 Easily one of the best sides in Spain outside of Barcelona and Real Madrid, Atletico’s past is littered with Liga titles and Spanish cups, but it is perhaps their most recent triumphs that have seen the club’s popularity rise.

Los Colchoneros have won the Europa League in the past two seasons, the first with former Manchester United forward Diego Forlan leading their attack, the latter with the highly sought-after Colombian striking ace Radamel Falcao.

And if Falcao’s goalscoring exploits at Porto wasn’t enough to get football fans looking his way, three goals against Chelsea in last season’s Super Cup surely is. 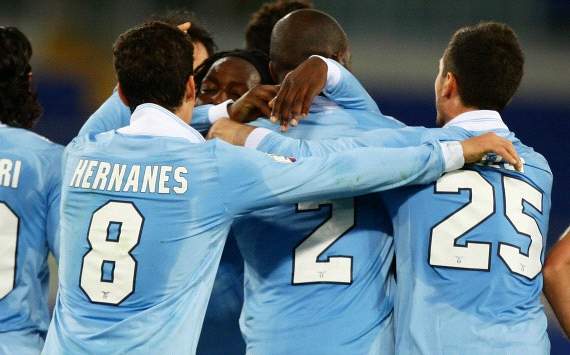 The second last of our list’s Italian teams, Lazio’s progression in the past few years has been noticeable. A top-five finish in 2010-11 was followed by a top-four finish in 2011-12, while the ever-improving Biancocelesti find themselves second only to Juventus in Serie A at the turn of the year this term.

Shrewd signings such as Hernanes and Miroslav Klose have propelled Claudio Lotito’s club back into the European fray. And if the refinement of Vladimir Petkovic’s techniques continues, perhaps along with a few depth-providing additions to the squad, fans will be hopeful of sometime soon reliving the glory of the Cup Winners’ Cup victory in 1999. 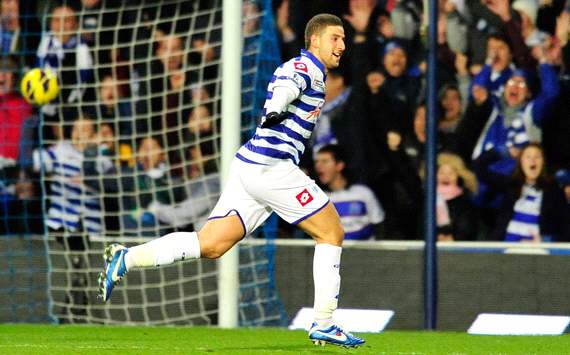 QPR?! Yes, we thought the same thing at first, but the recently promoted side made some huge waves in the transfer market, signing a raft of well known players such as Park Ji-Sung, Djibril Cisse and Jose Bosingwa.

Throw some of Joey Barton’s on-field violence on the final day of the 2011-12 into the mix and presto. Suddenly everyone is reading about Queens Park Rangers. 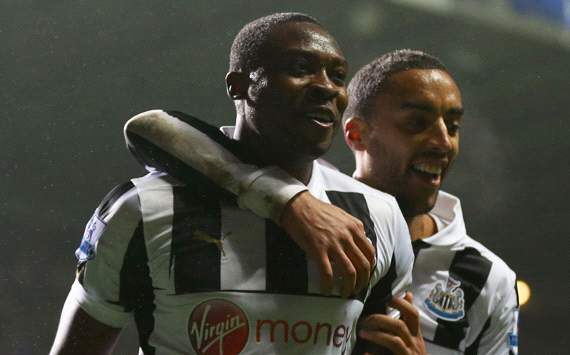 The surprise package in the EPL last season, Newcastle had a terrific 2011-12 which saw them finish above Champions League victors Chelsea. As well as claiming the Blues’ scalp at Stamford Bridge, they beat Manchester United 3-0 at the turn of the year, trounced Liverpool at St James’ Park and then began the 2012-13 campaign with a triumph over Tottenham.

But since that win their luck has evaporated and their form has sunk, along with hopes of a top-four finish. Juggling Europe with league success this season – along with coping with various injuries – has hit the Magpies hard, and a relegation fight is not implausible.

However, everybody loves an underdog, and scoring three goals at Old Trafford and away to Arsenal in their last two thrilling games of 2012 (yet losing both in the final 10 minutes) shows just why readers remain glued to the club’s highs and lows. 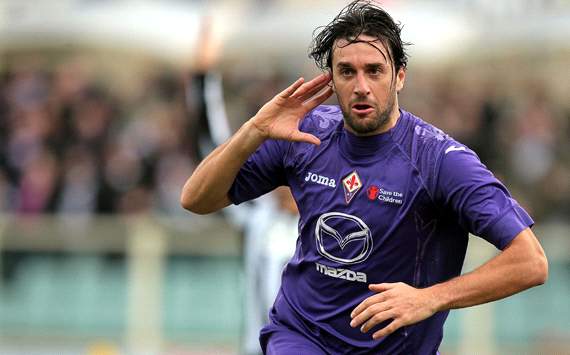 The year of 2012 has seen Fiorentina star Stevan Jovetic linked with a multitude of clubs including Manchester City, while the arrival of former AC Milan and Liverpool midfielder Alberto Aquilani was also subject to heavy media coverage.

Speaking of Milan, la Viola‘s 3-1 victory over the San Siro side back in November helped to boost their profile, with the return of former player and World Cup winner Luca Toni the icing on the proverbial cake.